by Emmy Griffiths Published on 21 November 2014 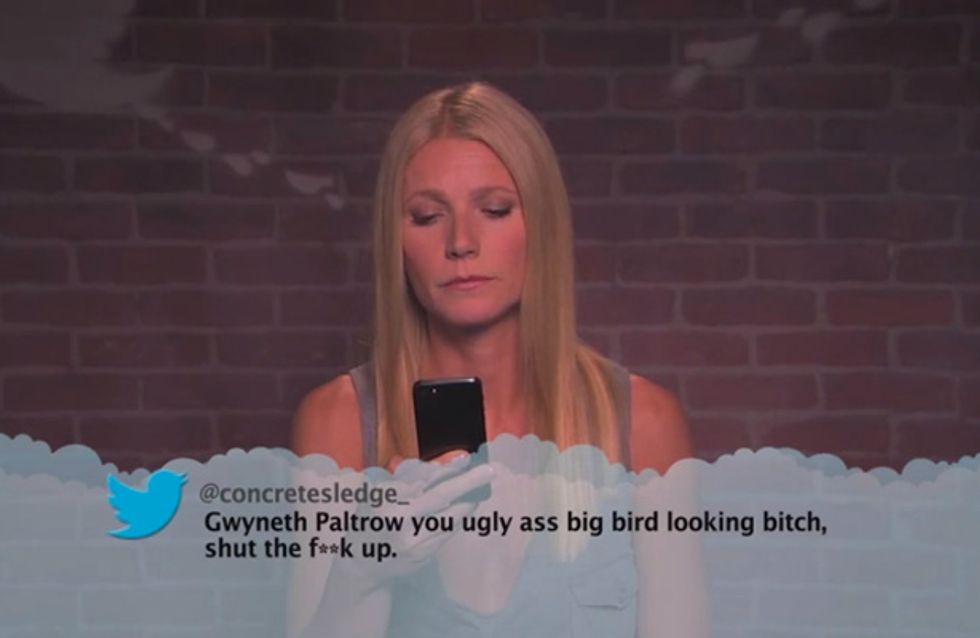 There’s something oh-so-satisfying about watching the famous and fabulous get TOLD by us little people, so thanks to Twitter and the Jimmy Kimmel chat show, we finally get to see celeb jokily react to the cruelest (albeit, very funny) tweets about them. This is part eight of the Celebrities Read Mean Tweets segment but we think it’s the best yet because let’s face it, we’ve all wanted to tell Gwyneth Paltrow she looks like a big bird at some point in our lives.

Somebody has obviously been watching Girls!

Insulting a man's body of work always goes down well!

Erm, anyone else think this one is awkwardly true? Mean, but true?

We're more confused about how anyone couldn't like Chris Pratt, but there you are!

Watch it all here...