If you're like us, you wait for the fateful day every fall that People mag decides to pick the one man that trumps all others in the category that matters most in entertainment: sexiness. This year, they had the epic choice of our favourite blonde demigod Chris Hemsworth. He's a dad, a superhero and has abs that won't quit so yeah, we're pretty happy. People also chose to put two other comic hotties on the cover of the issue, so it's official: nerds are IN.

I'm not sure who we can thank for making comics the coolest thing of this generation, but between Marvel and DC Comics bringing these classic tales to the big screen, our newest sex symbols are the men and women that nerds have been loving for years. Well played, nerds.

Last year, People disappointed many of the fans of Sexiest Man Alive by choosing the slinky hipped Adam Levine. But we have to say, they MORE than made up for it with their selection of Chris Hemsworth. Here's why:

Just look at how they laugh in front of sunsets... true bromance:

Did we mention that Chris and Tom's friendship basically makes Loki godfather of Chris' kid... I mean, just look for yourself:

Speaking of babies, there is no man in this world that has ever made a girl swoon more simply by holding a child:

Seriously, how does he make being a dad so hot. He should have won DILF-iest dad alive:

We want to be this baby. CRADLE US IN YOUR ARMS, CHRIS.

Most of all, we love how much he loves his beautiful wifey, Spanish actress Elsa Pataky:

I mean they cuddle at cafes, everybody should be so lucky to be cuddled at a cafe:

Also, this is what he responded when asked who his favorite celebrity kiss was:

In case you needed more proof that there is NOTHING sexier than a devoted husband and father, look no further. Spoiler alert: there are bjorns involved: 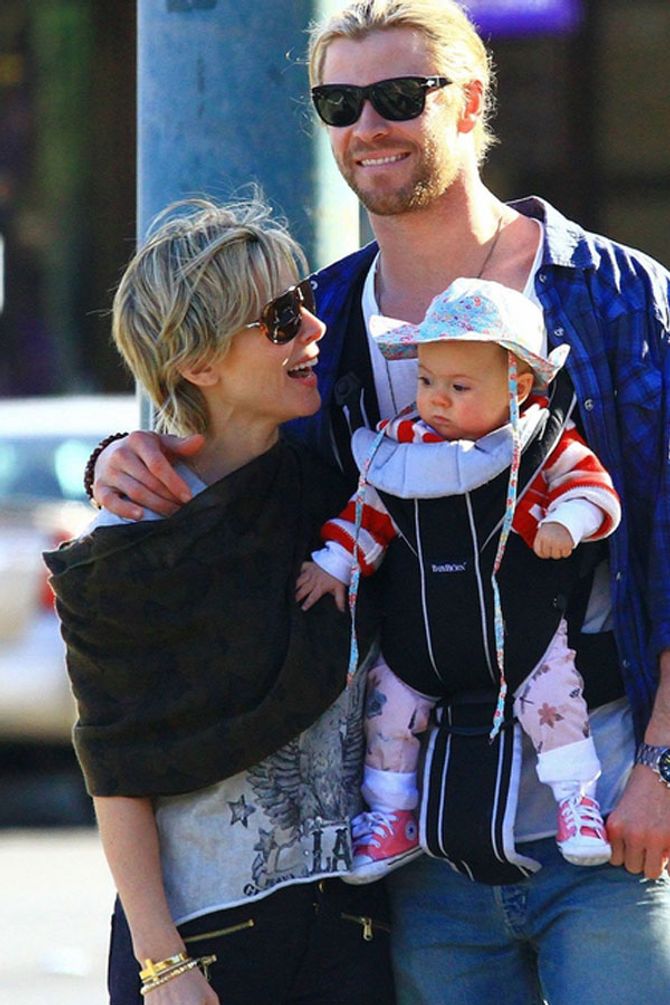 We also give a major salute to People for giving the two of the other hottest men in comics the spotlight on the cover as well: Idris Elba and Chris Pratt.

Idris Elba of course plays Luther in Luther but also plays the ever-watchful Heimdall in the Thor series. Heimdall happens to singlehandedly guard all of the magical kingdom of Asgard where Thor lives...NBD. If anybody can do it, it's this guy:

Another shoutout to People for our other favourite Marvel character, Peter Quill of Guardians of the Galaxy played by Chris Pratt. Spoiler alert: he saves the galaxy and gives us some serious ab shots while he does it. You're welcome:

Also, here's a picture of Chris and Liam Hemsworth when they were little:

Do you think Chris Hemsworth deserved Sexiest Man Alive? Tweet at us! @sofeminineUK

40 Times Leonardo DiCaprio Reminded Us He Is PERFECTION