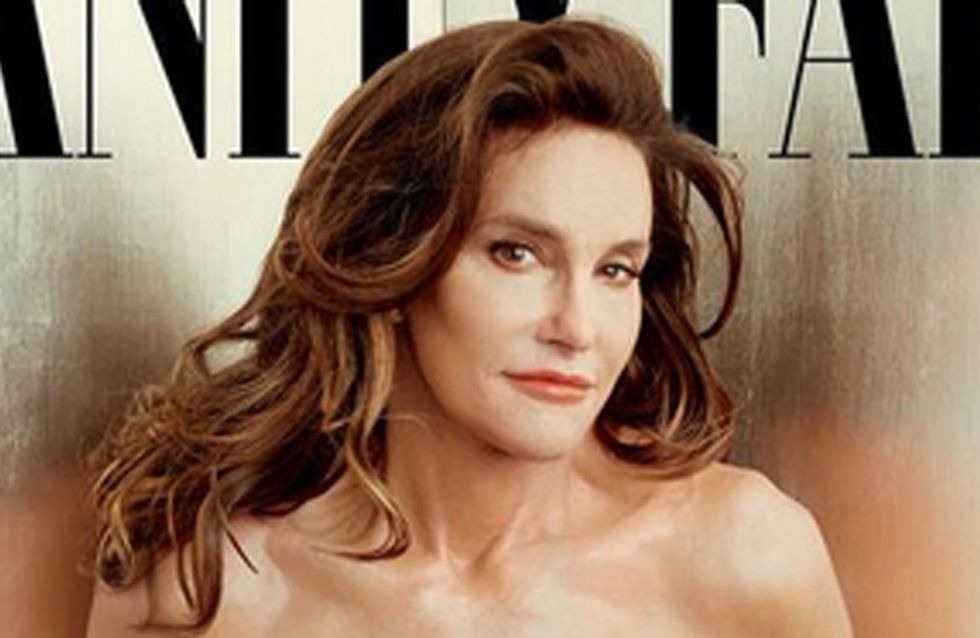 Yesterday the world was introduced to Caitlyn Jenner, formally known as Bruce, the head of the infamous Kardashian household. In the last 24 hours since announcing her new identity as a transgendered woman, the Olympian has broken records, stolen stepdaughter Kim’s thunder (bahaha) and basically SLAYED the Internet that Kim K tried and failed to break by balancing a champagne glass on her ass. Here’s how Caitlyn is killing it right now…

1. She announced her new identity with THIS Vanity Fair

2. After transitioning at the age of 65, Caitlyn is proving to the world that it’s never to late to be true to yourself

Caitlyn had known she wanted to be a woman for decades.

I'm so happy after such a long struggle to be living my true self. Welcome to the world Caitlyn. Can't wait for you to get to know her/me.

You know, that world famous photographer who snapped infamous photos including John Lennon with Yoko Ono and Demi Moore whilst pregnant. We think Caitlyn's cover photo is going to be just as legendary.

5. She broke a Twitter record by gaining more than a million followers in four hours

Another Jenner world record, and at 65? Who'da thought! Humbled & honored to have reached 1M followers in 4 hrs. Thank you for your support.

6. Plus there was the extra lulz that she is spelling her name with a C

That is one sick burn for the Kardashian kids and ex-wife Kris. Especially Kris.

Bruce Jenner going by Caitlyn instead of Kaitlyn is the biggest "screw you" to the Kardashians I can think of. I love it.

7. She spoke frankly about her transition in her first cover story for Vanity Fair

Caitlyn spoke about how she began transitioning by taking hormones in the Eighties and her number of surgeries to get the right look, which obviously succeeded because LOOK AT HER.

8. She's also all about owning her new identity

She said: "Bruce always had to tell a lie. He was always living that lie. Every day he always had a secret day and night. Caitlyn doesn't have any secrets. As soon as the Vanity Fair cover comes out, I'm free."

Plus the small fact she's brought the conversation about trans-awareness and gender reassignment to a GLOBAL audience with one magazine shoot. Y'know, just casual.

We couldn't be happier that Caitlyn Jenner is smashing it right now. What are your thoughts? Tweet us @sofeminineUK!

10 Times Kim Kardashian's Problems Were Way Worse Than Yours