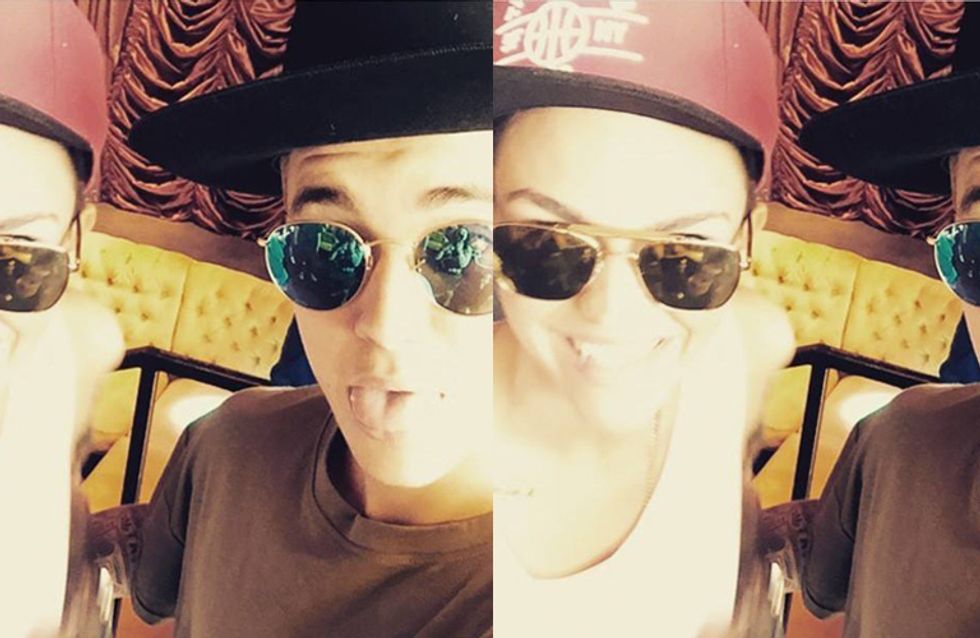 Celebrity land is by-and-large full of beautiful and talented people, but once upon a time, we thought they were all unique as well. It looks like we were mistaken! Now we've seen these celebrities with their doppelgangers, we're not so sure...were some of these stars separated at birth? Celebs: prepare to meet your identical twins!

The Orange is the New Black star and pop star look so alike that Ruby posted this picture of Facebook with the caption: "#twinning". Too true.

Game of Thrones star Maisie Williams tweeted this snap with the caption: "Good Lorde, I have far too much time on my hands. .. *slow clap*"

We see what you did there Maisie!

This pair look SO alike that Bryce Dallas Howard has written an actual song about it.

Blurred lines...over which one is which...

The 50 Shades star would do well in an X Files reboot!

The pair have the same square face, shaved head and muscles. So many muscles...

They must be related, surely?!

Epic cheekbones, blonde and naturally stunning - is it any wonder that we struggle to tell these two apart?

How is it that we find Robert DJ SO much more attractive than Javier when they pretty much look EXACTLY the same?!

We're more than happy to closely investigate just how similar these two are by examining more photos. Even if it takes all night, we will take one for the team! *drool*

With their pixie cuts, round faces and matching pouts, we'd love to see these two meet each other for the first time. TWINSIES!

ARE THEY THE SAME PERSON?!

Well, at least imitation is the sincerest form of flattery Angelina!

We're never sure quite who we're watching in a film with these two...

When these two meet it'll definitely be like the parent trap where it turns out they were twins all along. Just LOOK at them!

Sarah is like the petite version of Mila. If that's even possible!

Here's a philosophical question for you: if Daniel Radcliffe played Frodo Baggins, and Elijah Wood played Harry Potter - would anyone be able to notice the difference?

Who do you think looks the most alike? Tweet us @sofeminineUK!

QUIZ: Which Netflix Show Should Be Your Next Binge BFF?