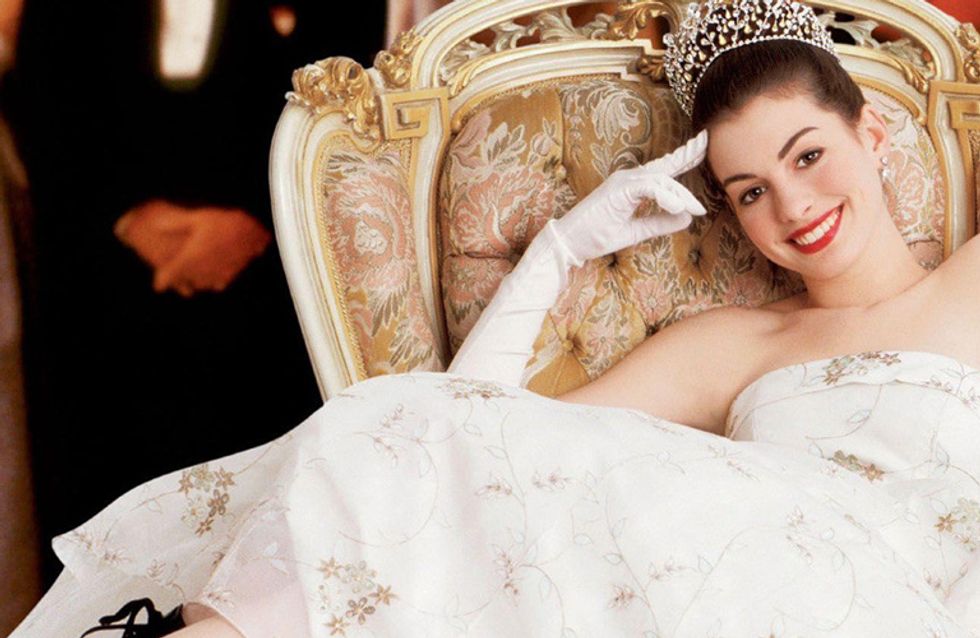 Shut up. Shut up. SHUT UP! According to reports, Disney has a third Princess Diaries movies in the works, a mere ELEVEN years after Princess Diaries 2 was released. Now it's time to ask the big questions. Will Anne Hathaway be back after her astounding post-Disney success? Will Julie Andrews make an appearance? WILL FAT LOUIE STILL BE AROUND? Here's why we loved the original and could NOT be more excited for film number 3!

When we heard the news:

The Princess Diaries was the best film of our collective tween existences. Here's why we loved it so much...

1. Mia and her mother have the greatest apartment EVER

It's ALL fun and games in their renovated firehouse art studio/flat.

2. MIA HAS HER OWN SPIRAL STAIRCASE SHE'S SO COOL

Seriously why does no one at her school like her? If I was her I would have literally just invited them round and shown them my spiral staircase and then they definitely would be my friends.

Mia's poor cat went through just as much of a transition as she did.

4. Lana is easily the most unlikable bad guy of ALL time

She's sings about Stupid Cupid, goes out of her way to be mean to Mia and Jeremiah (Jeremiah who wouldn't hurt a FLY!), tries to steal Mia's Princess fame AND pronounces all her 'S' letters like Sean Connery. She's just the worst.

5. She gets the best comeuppance in any movie ever

6. The dialogue is perfection

7. It stars the closest thing we’ll ever get to an actual real life angel, Julie Andrews

She is so majestic.

8. And she is an utter treasure in every scene

9. Then there’s Joseph, a simple Limo driver who is the epitome of #fatherfiguregoals

In hindsight, he gets WAY too invested in Royalty life. Can you see Prince William's limo driver giving them sweet, fatherly advice? No.

11. And we are her (besides the Royal lineage, obvs)

12. We learned valuable things about ruling during those Princess lessons

13. Pizza and M&Ms in a running theme throughout

How can you not LOVE THIS MOVIE.

14. Mia is such a typical teenage princess

LOL seriously though why does Joseph need to be here for this.

15. Mia has her priorities in check at all times

Bonus points for all the once-tweens who watched every section of the 'Special Features' two-disc DVD who knew this delightful gem of info.

17. It also features the greatest makeover scene of all time

She was just so frizzy before! That hair! Those brows! We'll call them Frida and Kahlo.

18. Mia’s best friend Lilly is the alternate political vegetarian hippy of our dreams

She's such a sass-pot. Lilly for President.

19. Don’t even get us started on Michael

20. Christina Yang is even in it for crying out loud!

"What is it like in Genovia, your Majesty? Do people just...fawn over you?"

He gives her her first real foot-popping kiss!

Are you excited for the new sequel? Tweet us your thoughts @sofeminineUK!