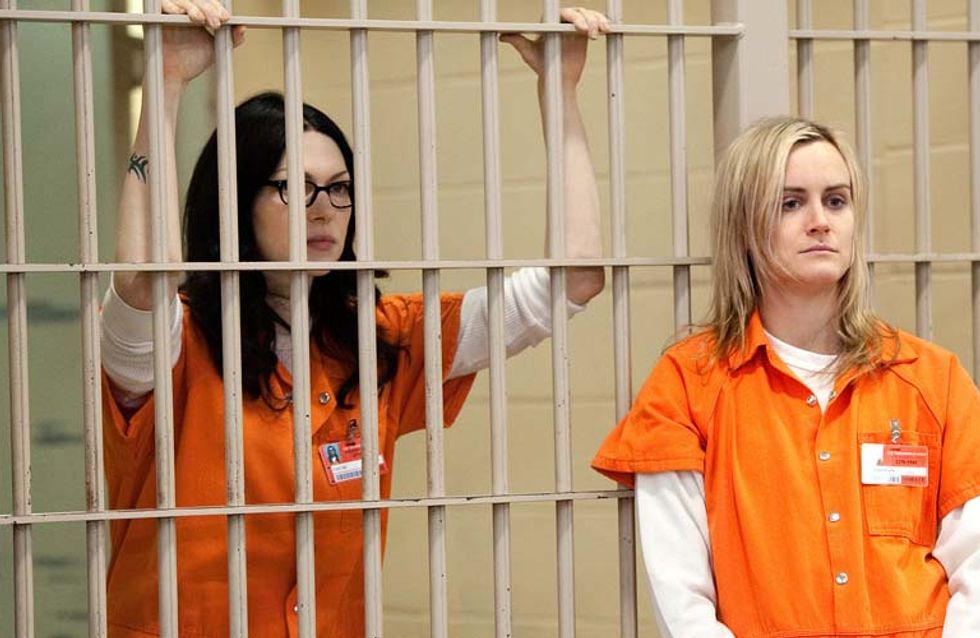 The girls at Litchfield Correctional Facility are back and we are SOOOO excited to spend this gloriously sunny upcoming weekend indoors with our curtains closed obsessively binge-watching. Hopefully season 3 will answer some of our burning questions...

2. Will Crazy Eyes get her chocolate and vanilla swirl?

Crazy Eyes has had a rough time. Firstly, her dandelion rejects her love, then she is used for Vee’s nefarious purposes. Maybe it’s time Litchfield’s kookiest inmate is given a break (and a girlfriend)!

Poussay is probably the best character in the show (IMHO). She’s funny, smart and has some awesome flashback scenes, but we still haven’t seen what she did to deserve her six-year prison stay. Sort it out writers!

4. Will Alex work out Piper landed her back in prison?

They have the MOST ridiculous relationship ever. She lands her in jail, then she gets her out of prison, then she lands her back in prison…we’re done with pair but also we are so not and never will be actually done with them. #Shipthem

We really hope they don’t catch her but we also don’t want her story to be over!

Seriously, we haven’t heard about PoPi soap since season one. Since Polly and Larry have the most awful love story known to man going on at the moment, and Piper and Polly’s relationship is more fraught than ever, has the soap company become collateral damage? We just want some closure okay.

7. Who will rule the roost now Vee is gone?

The Spanish seem to have the upper hand with their control of the kitchen, but now that Vee is out of the picture, is it time for Red to get back on top? Prison politics!

8. Is Nichols going to fall off the wagon?

She was looking awfully fondly at the hidden stash of drugs last time we checked. Come on Nikki, you were doing so well!

9. Will we see MacKenzie and Amanda this season?!

10. Is Daya going to pop this season?

What is the time scale on this show? How far is Piper into her prison sentence? Anyone?

That guy has more personalities than Crazy Eyes. One moment he wants to help, the next he’s turning a blind eye to a potential STABBING. You’re a complicated man Healey. Who wants to put money on him killing his horrible wife this season?

Let’s address this one before anything else. Top priority question.

Are you excited for season 3? Already half way through it? Tweet us @sofeminineUK!

Why We’re All In Love With Poussey

In orange
by the editorial team