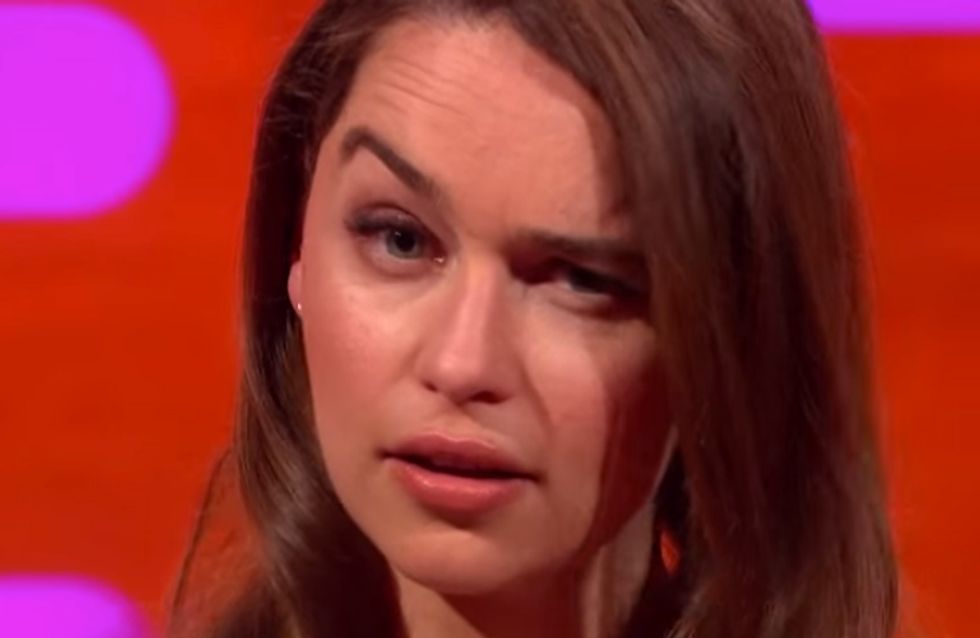 It is a well known fact that supermodel Cara Delevingne has the MOST epic super brows known to mankind. Then again, Game of Thrones actor Emilia Clarke's eyebrows are ALSO pretty on point. So who will win in an eyebrow-off?

Chatting on the Graham Norton show, we finally found out whose eyebrows are the most epic: the world's hottest supermodel Cara Delevingne, or Mother of Dragons (and basically Queen of all of our hearts) Emilia Clarke.

Jake Gyllenhaal, who also has a pretty solid set of brows, tried and quickly gave up joining in on their contest (since he clearly couldn't hold a torch to all the eyebrow action that was going on).

Judged by Arnold Schwarzenegger, Emilia took the trophy for best brows (but mostly because she really, REALLY wanted it). Either way, this pair's eyebrow gymnastics are IMPRESSIVE.

Remind you of anything?

Who do you think should have won the brow wars? Tweet us @sofeminineUK!