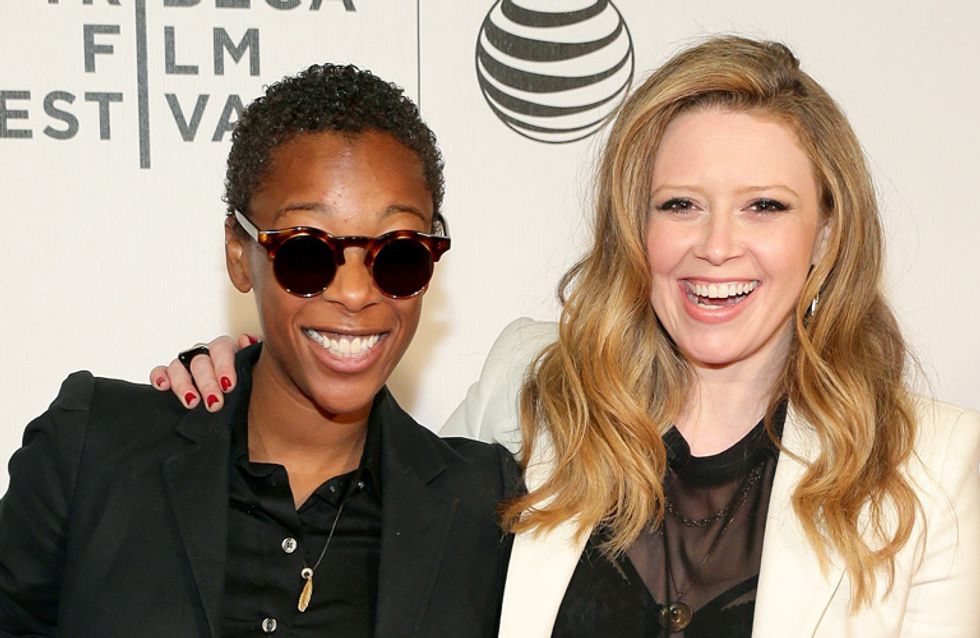 You'd have thought that people would know by now NOT to suggest that bitchy cat fights are the norm between women, or that women should be hired by how attractive they are, however this guy sadly did NOT get the memo not to act like a misogynistic douche. Fortunately, the OITNB girls are MORE than capable of shooting down sexism...

Uzo Aduba (Crazy Eyes) was up first with the interviewer, Rafael Cortez, who made a fair few sexist jokes, including suggesting 'rawr' men should be included in the series, before asking if she wanted to see his muscles. She answered "no". #QUEEN

Samira tried to keep it casual, politely telling the interviewer: "I think that there is some stereotypes that women are very catty on set with each other but it doesn't happen on our set."

Natasha, on the other hand, clearly realises that this man is chatting some sh*t and shoots him down, saying: "I feel like it's accidentally maybe a little bit misogynistic because it's like 'you're so beautiful! What's it like having to do all that acting? I can't tell if that's the question but if it is, that's insane."

She continud: "Despite the great beauty on the show everyone is professional and talented and very capable so I don't think anyone is thinking of anything as meaningless as their beauty on this show."

Then he pulled out a picture of a Brazilian murderer Suzane von Richthofen, suggesting she should join the cast (just FYI, this woman murdered her parents and was sentenced to 40 years in prison). HOW did he consider this a good idea?!

What did you think to how Natasha and Samira handled the situation? Tweet us @sofeminineUK!