Female Stars With Ink Who Prove Tattoos Can Be Hella Sexy

Whether you think they're tasteful or tacky, celebrities LOVE their tats. From tiny, barely noticeable ankle tattoos to huge rose bum tattoos (we're looking at you, Cheryl), the A-crowd waste no time in permanently marking up their bods. Here are our favourites, for better or for worse!

These celebs don't shy away from celebrating their ink. Forget having a subtle hip tattoo that is easy to hide, these women are proud to flout their stunning tattoos. The most famous huge tattoo award probably goes to Cheryl Fernandez Versini, who split public opinion with the large rose tattoo that covers her back and bum.

Chatting about her ink, she said: “If it was up to me - and I could be brave for one day - I would have my whole back done. My friends say, ‘Cheryl, please, you might regret it’, but to me, it’s art.” However, the whole thing took FIFTEEN hours and Cheryl described it as "really painful". Do you think it was worth it? 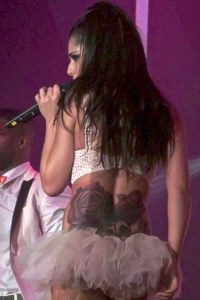 These have to be some of our favourites. Having just the one tattoo and keeping it somewhat small and subtle (or at least being able to hide with with a little bit of foundation), these celebrities have had tattoos that were important to them, but definitely don't steal all the attention. 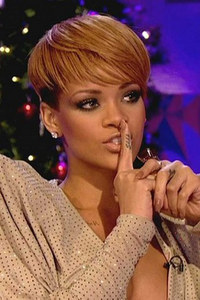 Plenty of celebs loved their tiny symbolic tattoo that they went back for more again and again, and are now covered with dozens of little tattoos here and there, all of which have a meaning. Miley Cyrus is the PERFECT example of this. From a dreamcatcher to a tusk to an Anchor, Miley doesn't shy away from tattoos and has been inked around 40 times! In this photo you can clearly see Miley's anchor tat which she had done during her Gypsy Heart tour in Brazil.

According to the tattoo artist who worked on the tiny tat, Fabio Satori, the tattoo means a “safe port” and a reminder to “always have your feet on the ground.” 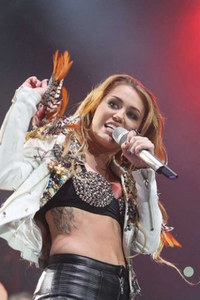 An incredibly popular tattoo in celebrity la-la-land is to have a subtle tattoo behind the ear. It gives your look an edge, and is noticeable yet pretty. Love it! Our particular favourite belongs to Adele, who rumour has it (wink) had the 'A' on her neck done as a tribute to her baby son, Angelo. She was first seen sporting it shortly after his birth. Naw! 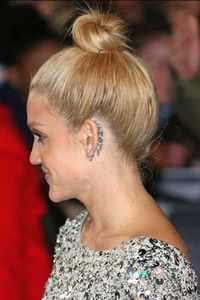 A popular one is to have a gorgeous, intricate tattoo on your back, then wear a backless dress at a red carpet and simply pose. Forget whatever it is you're wearing, the tattoos will be all that anyone can talk about.

We especially love Paloma Faith's back tat. Although she has yet to reveal the meaning behind the tattoos of doves, since her name means 'dove' in Spanish, we're going to put our money of that. 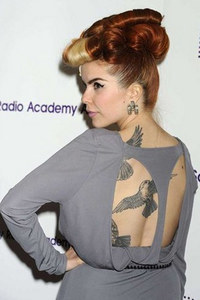 Sometimes a little tattoo on your foot or on a finger looks so sweet, as well these celebrities know.

This weirdest one has to belong to Amanda Seyfried though. Amanda has 'minge' tattooed on her foot. Odd, right?! Turns out it was Colin Firth that inspired her to get the tat! She told Glamour mag: "Colin Firth used to say that word on set and Rachel (McDowell) had to explain to me what it meant. So it's on my foot. It's to make me laugh, and every time I look at it I do." 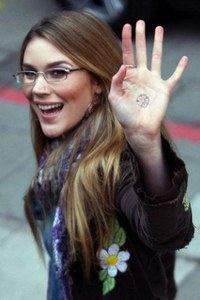