by the editorial team Published on 25 August 2013 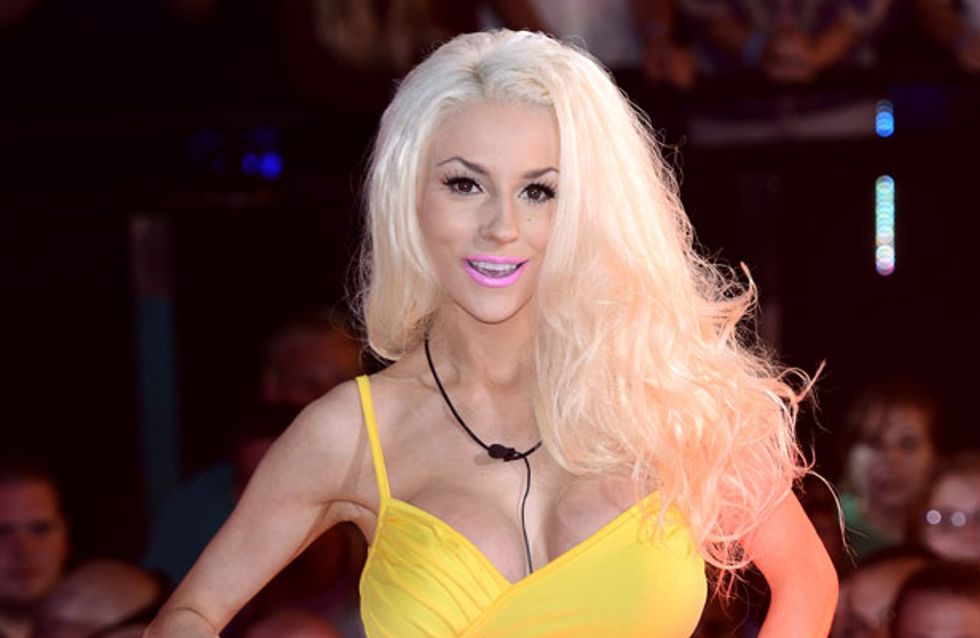 She's a contestant on Celebrity Big Brother 2013 but she's better known across the pond. We thought it was about time we clued-up on this US personality - and, wow, were we surprised by what we found out...

At 16, Courtney Stodden married 51-year-old Green Mile actor Doug Hutchison after meeting him online. She had signed up for his acting workshop when they got talking on the net - they fell in love and first met six months later.

When Doug discovered Courtney was a teenager, he spoke to her mum, Krista, and insisted that if she disapproved he wouldn't continue the relationship. But Courtney's parents allowed her to make the decision herself, citing her "devout Christianity".

"Dourtney" wed on 20th May 2011 in a Las Vegas chapel. They honeymooned at Chateau Marmont in Hollywood, with Courtney later bragging she was "aroused for 24 hours."

Courtney was home schooled through an online Christian academy. Her parents maintain she is a devout Christian and was a virgin when she met Doug.

Asked if she wanted to go to university, Courtney replied: "I would go to college and study all of Doug. All of his body, and all the elements within that. What they do and what they still do. It would be a lot of fun."

Courtney does not do classy. When walking her dog, she likes to wear sky-high heels, hot pants and crop tops.

Courtney attempted a music career with her single Don't Put It On Me. The track is about how it's not her fault all men are attracted to her. Unsurprisingly, it was a total flop.

Courtney was rumoured to have had breast implants at a very young age because of her voluptuous figure. But she was so adamant she's all natural that she even went on US TV to be examined by a doctor, who confirmed she hadn't gone under the knife.

However, come June 2013, Courtney decided it was time to increase the size of her boobs. She's now a DD.

Courtney Stodden revealed in May 2013 that she has a sex tape. She said that it features "just me" and that it was shot not that long ago.

She added: "Hackers, don't even go there cause you'll find nothing."

It's Sunday morning, what does Courtney Stodden wear? A skin-tight flesh coloured dress, of course.

#Big Brother#Surgery
For all the best videos, memes and shareable news!