by Alison Potter Published on 17 August 2012

Jasmine Lennard accuses Rhian of leaking a nude snap of her

Celebrity Big Brother star Jasmine Lennard’s claim to fame is that she once allegedly had an affair with Simon Cowell.

Despite the X Factor mogul reportedly paying big bucks to get a High Court injunction to prevent the former Make Me A Supermodel star from spilling the beans, she seems more than happy to talk about their romance.

The 27-year-old model opened about her six-month liaison with the 52-year-old TV tycoon to Loose Women presenter Coleen Nolan.

Jasmine, who has his initials tattooed on her wrist, admitted that what went on between them was a “huge part” of her life. 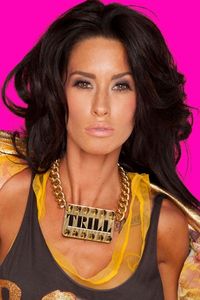 She added: “I don’t have anything bad to say. That person was such a huge part of my life. I don’t want my life to be defined by it.

“The way the relationship has gone down in history is the complete opposite to how it went down.”

Simon dated the reality star in 2006, when he was publicly dating Terri Seymour and following their split he allegedly obtained a gagging order to stop her from revealing any details about their time together.

Jasmine vented to Coleen: “I had an affair with Simon Cowell and I do really want to talk about it...

“Rich people get to keep secrets. They have the money to stop you and I just don’t think it’s fair. It pains me, it angers me, it really frustrates me.”

Not being able to speak about the relationship has upset Jasmine, but she vowed to her fellow CBB housemate that the “truth will come out in the end.”

The housemates only entered the Celebrity Big Brother house a few days ago, but outspoken Jasmine has already made a reputation for herself, declaring that she's the “queen b*tch” and openly flirting with both MC Harvey and Prince Lorenzo Borghese.

She certainly looks set to be one of the more entertaining additions to this year's Celebrity Big Brother house!

Security enlisted to separate Jasmine and Rhian at CBB final

by the editorial team
+
All the news about Jasmine Lennard