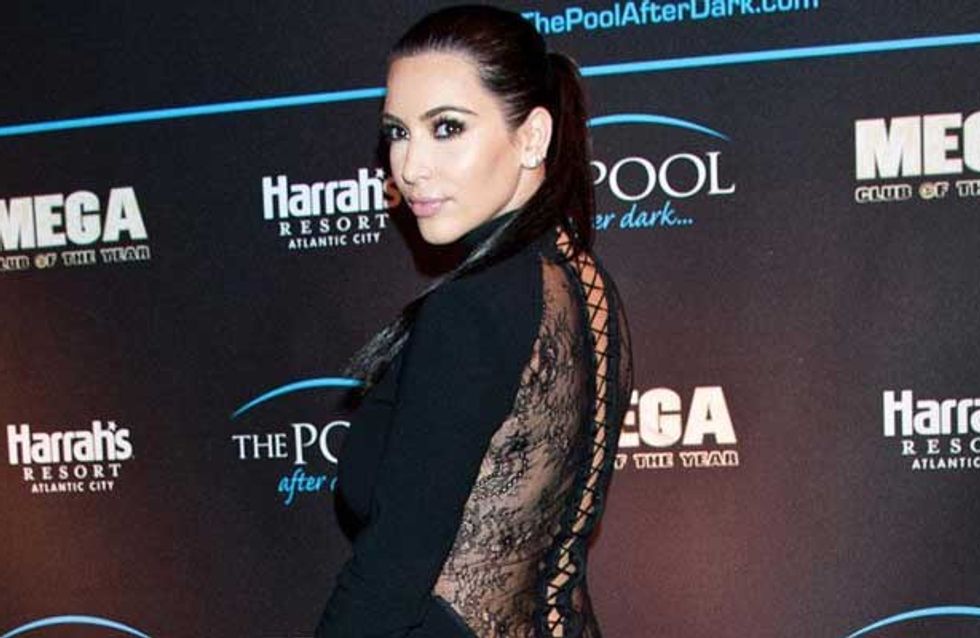 Kim Kardashian has reportedly put on two stone since she started dating Kanye West in April.

The gorgeous reality star has gained even more fabulous curves in the past few months and now weighs nine stone (which is still teeny, right?!).

Kim, 31, has reportedly grown from a size eight to a 12 because she's been choosing to spend time with rapper Kanye over working out.

A friend of Kim's told Heat magazine: "Instead of hitting the gym at 6am, she's finding herself staying in bed with Kanye and really letting her guard down.

"She's normally ruthless when it comes to diet and exercise, but since she met Kanye her discipline has gone out the window."

He rapped on his track Good Life: "Welcome to the good life, where we like the girls who ain't on TV 'cause they got more ass than the models."

Kim - who earns a living from looking good in a bikini - confessed earlier this month that she's keen to lose a bit of weight.

She said: "I'm hoping to slim down a little bit, and I'm not afraid to say it. "I think everyone goes up and down in whatever that comfortable love-relationship phase is, where you like to eat out, but now it's time to get it together again."

Kim is totally smitten with Kanye and appears to have fully recovered from her failed 72-day marriage to basketball star Kris Humphries, which ended in October 2011.

And she's already talking of starting a family with rapper Kanye.

She said on US TV show The View: "At the space that I am in life now, kids are definitely something I want.

"I think I wanted that before. I think I fell in love so quickly and wanted that to be my life so badly but I just didn't take the time to find someone."

Kim Kardashian shares gorgeous new snaps of North West by the editorial team
+
All the news about Kanye West
by Esme Riley
From hair ideas to outifts, look no further for your daily inspiration

Emma Stone and Andrew Garfield
by the editorial team

April Pearson a.k.a. Michelle Richardson, then
by the editorial team

April Pearson a.k.a. Michelle Richardson, now
by the editorial team

Kim Kardashian, 2008
by the editorial team

Kim Kardashian, 2017
by the editorial team

Heidi Klum, 2015
by the editorial team

Prince Charles and Camilla
by the editorial team