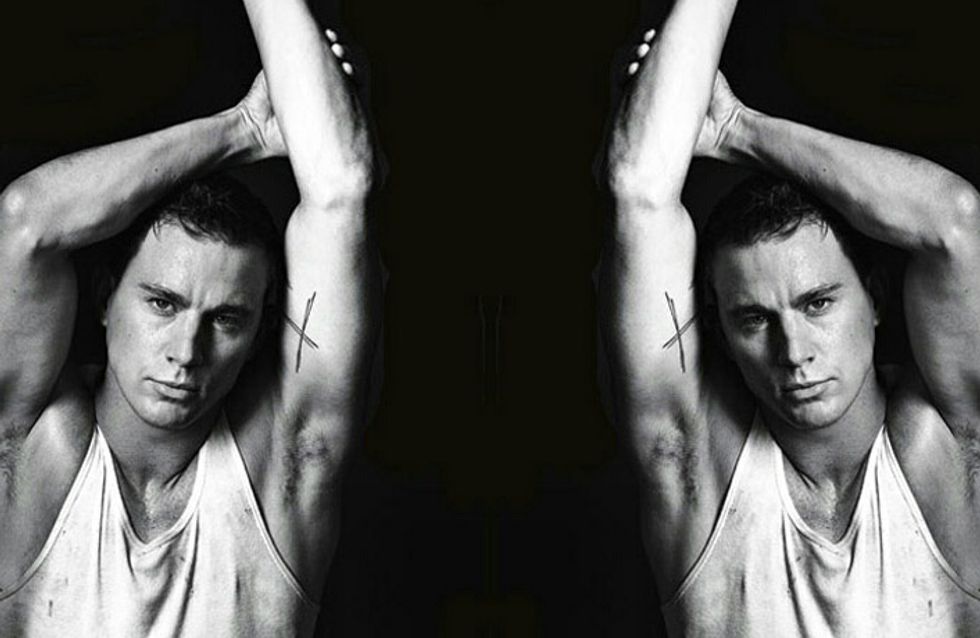 Who knew that this beautiful Thursday could hold such magnificent beauty! The sun is out and the birds are singing! But are they really, or are we just TOO excited about the news that Channing Tatum has decided to turn Magic Mike into a real live show? You know what that means: lap dances for daaays. Yes, seriously! We suggest you start getting your life's savings changed into $1 notes now. Go. GO.

"We have enough gentlemen's clubs in this world, so let's start the first gentle lady's club." Hell YES Channing Tatum!

Everyone's favourite stripper is returning, but this time it's not to the big screen, but directly into our eyeballs. Yes, Channing Tatum is bringing Magic Mike to a residency near you... if you live in Las Vegas, that is. Magic Mike the live show will be following in the footsteps of Britney Spears and Madonna by taking a legendary spot at the Hard Rock Hotel in the original Sin City from March 2017.

He announced his plans via a Facebook video where he takes us on a tour of his home "filled with hot men that I live with every day" which, strangely enough, is just how we imagined it. "I was thinking," Channing mused as he walked past shirtless guy after shirtless guy, "what's the next step for Magic Mike? 2D? We've done it twice. 3D? 3D hasn't been cool since Avatar. Virtual reality? I don't know."

On occasions during the video it's hard to know what to concentrate on: the words coming out of Tatum's beautiful mouth or the topless guys frolicking with puppies. But you're going to be watching it several times anyway so you're forgiven if you don't take it all in on the first watch. Anyway, Channing tells us that, "We have enough gentlemen's clubs in this world, so let's start the first gentle lady's club. ...Or maybe not so gentle, it depends what you're into."

And here's the best bit: Channing wants to hear from you. He wants fans to submit ideas on what the show should look like so they can create it for you. If you haven't already found the website and refreshed it a million times in anticipation, you can find it here, where tickets will be available soon. All you need to do is pack a suitcase of squirty cream​ and book a plane ticket for March 2017. It's that simple. Check out the video below.

Will you be booking a one-way ticket to Vegas? Let us know! @sofeminineUK