by the editorial team Published on 5 November 2012 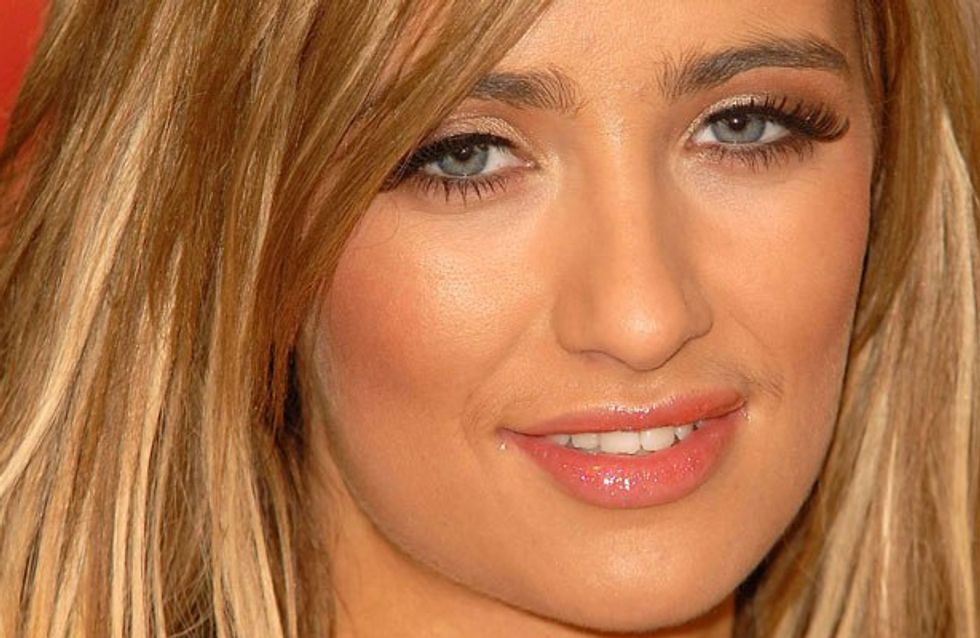 Chantelle Houghton has spoken out about the "horrific" scene she walked into at the home she shared with Alex Reid when she was pregnant.

The reality TV star was just a month away from giving birth to baby Dolly when she allegedly walked in on her fiancé Alex dressed as his female alter ego, Roxanne.

She claimed to The Sun: “I came home expecting to find Alex asleep but what I walked into was horrific.

“The shutters were down on the whole house, it was dark, but there were flashes of light from the TVs.

“I went upstairs and it had been turned into a sex dungeon. My underwear was all over the landing.

"Then I walked into the bedroom and saw Alex dressed as Roxanne - in stockings, suspenders, a red wig, make-up and heels.

“He looked off his head. I believe he had been taking legal highs. His eyes were glassy and wild. He was staring, as if in a trance, and was dripping with sweat. The place stank of smoke - he only ever smokes as Roxanne - and just grossness.

“I don’t believe he would have even known I was there.”

Chantelle and Alex had moved into the Brentwood home just six weeks earlier as they prepared for their first child to be born.

The shocked and horrified 29-year-old went on to claim that she returned to her old flat to escape Alex and the sordid scenes he'd allegedly created.

She continued: “I was eight months pregnant, I could have dropped, but there I was sleeping on the floor of my flat that night.

"I was so embarrassed, I couldn’t go to friends or family. I went to Tesco to buy a blow-up bed for the second night, a saucepan, cups and teabags, when I should have been at home with Alex running baths for me."

Chantelle was disgusted to allegedly find Alex wearing her jewellery - including her wedding band from ex-husband Preston.

She added: "I even found Alex wearing my wedding ring from Preston and another ring I was given by someone special.

"I will never forget what I saw. I’d just finished Dolly’s nursery. There was her cot and her clothes, and next door all this was going on.”

Alex, 37, was soon texting Chantelle and begging for her forgiveness - and in her heavily pregnant state she gave in.

She said: "He told me he was really sorry, scared, and would never do it again. He said he would get help.

“I felt vulnerable and didn’t want to be a single mum. I fell for his story and here I am, the mug, sitting here. I lacked the strength to leave.”

Alex's cross-dressing was revealed during his doomed marriage to glamour girl Katie Price, but Chantelle insists he convinced her it was a "publicity stunt".

She added: “There are stories that I had met Roxanne and I enjoyed that. But it’s rubbish. His cross-dressing was no part of our relationship.

“I believed Alex when he said it was a publicity stunt. Besides, I thought cross-dressing meant getting dressed up and doing the vacuuming.”

But when Chantelle heard a rumour Alex had been with a man while dressed as his alter ego, she decided to confront him.

She said: “I screamed, ‘Are you gay? Are you bisexual?’ He said he was bisexual - then said he wasn’t. I could never get a proper answer. I’m not being judgmental, but everything fell apart in that moment.

“I am so relieved we didn’t marry. He put me through hell. I’ll never forgive him, he’s rotten to the core.”

Chantelle is now concentrating on being the best mum she can to five-month-old Dolly and moving on with her life.

She concluded: “I don’t miss Alex at all, I miss what my life should be like. But Dolly is amazing, I’m so in love. She’s such a happy little girl.

“I’ve been stupid with men and it will take a lot to trust someone. But I would like to meet someone, maybe have more children.

“For now, I’ve got to concentrate on giving Dolly the best life I can.”