Cheryl Cole has revealed that she felt like she was cheating on Ashley Cole for a long time after they broke up. 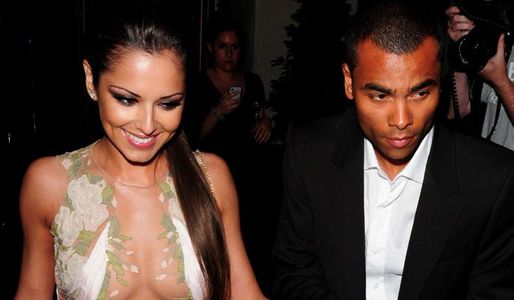 The Geordie singer recently started dating backing dancer Tre Holloway - two years after her divorce from footballer Ashley amid reports he cheated with numerous women during their four-year marriage.

And it seems it's only now that Cheryl is comfortable to have moved on.

She tells Glamour magazine: "The weirdest thing is, it takes a long time after you've been with someone as long as I've been with Ashley not to feel like you're cheating on them.

"That may sounds crazy but it's the way I felt after him. I had completely committed myself."

Cheryl has been linked to a string of men since her divorce, including dancer Derek Hough and rapper Wretch 32.

But the smitten 29-year-old seems happy that Tre, 27, isn't in the limelight like her ex.

Cheryl admits: "I'm the worst - a man has to be just right for me.

"Dating someone who's not in the industry can be difficult but dating someone in the limelight has its own problems. Everything is intensified.

Cheryl - who has three brothers and one sister - dreams of being a Mum one day.

She added: "I always said I wanted to have a big family because I'm from one, so I'd like four or five children but I don't know realistically if that's going to happen."

Things seem to be going in the right direction with Tre - even though she had to work hard to get him interested.

She recently revealed on Alan Carr's Chatty Man: "I actually met him two years ago. It was me, it was all me. I had to do a little bit of chasing. I cast a spell."