by Helen Turnbull Published on 16 August 2016 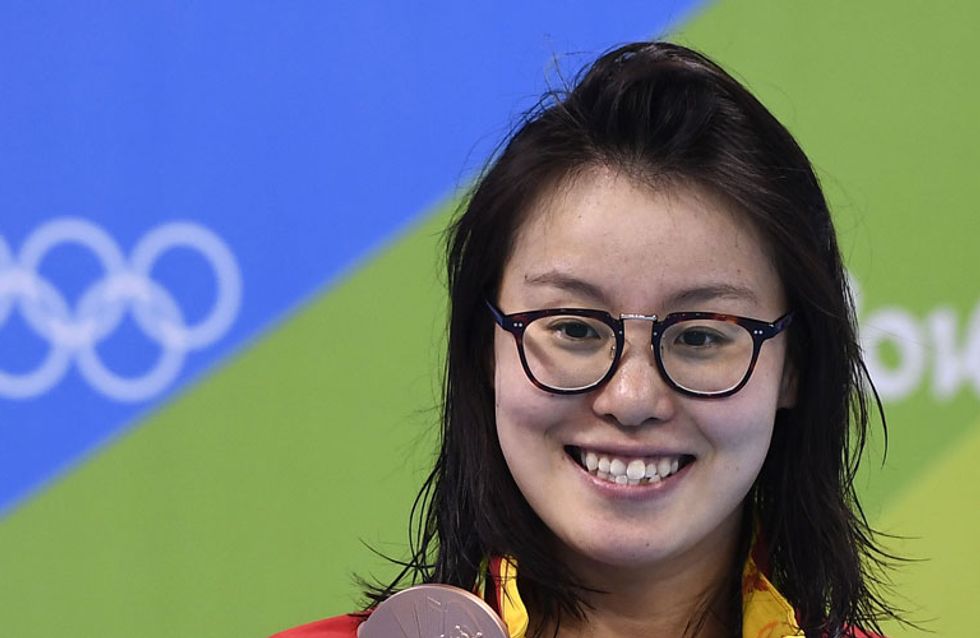 It's nothing new that the Olympics is riddled with casual sexism but the female athletes of the 21st Century are making a stand. Specifically: Fu Yuanhui. The Chinese swimmer is being hailed a hero of Rio 2016 for revealing she was on her period when competing - an act worthy of a gold medal.

Chinese swimmer Fu Yuanhui floated onto our radars and into her hearts early on in the Olympics when she discovered she'd won a bronze medal during a post-race interview in which the reporter informed her of her success with her reaction spawning streams of LOL-worthy memes. But the 20 year old proved herself to be much more than Internet-meme fodder when chatting to a reporter after her 4 × 100m medley relay on Sunday.

The lovable athlete said a metaphorical 'f**k you' to mother nature, marking a milestone for women's sport and Chinese culture, when she casually blamed her period for the team narrowly missing out on a medal (they finished in fourth place).

Yuanhui was seen clutching her stomach following the race, while her team mates did the press rounds, and when approached by a reporter who asked if she was OK, she explained: “I feel I didn’t swim well today. I let my teammates down. Because my period came yesterday, I’m feeling a bit weak, but this is not an excuse."

On watching the coverage, Chinese women took to popular social-networking site Weibo to share their support for Yuanhui and to thank her for shining a light on the issue, especially as the use of tampons is frowned upon in her native country. Some women have been told to avoid using them in order to protect their virginity but social-media users hoped to void that theory following the swimmer's admission.

"Who tells you that virgins cannot use tampons? Do you guys really still think women need to save their virginity for men?… It’s the 21st century now," one user wrote.

Another added: "It is a normal physiological phenomenon, so why can’t we mention it? Fu Yuanhui is awesome!"

She may have won a medal for her sporting talents but we reckon Yuanhui deserves a second for this alone.

What other taboos would you like to see broken? Let us know @soFeminineUK

The Most Memorable Moments Of Rio 2016 So Far