by Helen Turnbull Published on 22 August 2016

The Olympic Games have been and gone and while your sporting expertise may not extend far beyond appreciating the competitors' physiques, the past two weeks have transformed us into a nation of sporting fanatics who can barely wait for Tokyo 2020. As we bid a fond farewell to Rio 2016, here's a reminder of all the great (and not so great) moments set to go down in history.

Rio 2016 got off to a rousing start with native supermodel Gisele Bündchen welcoming the 200 teams to the world stage with her angel-like walk down the world's longest runway at the Opening Ceremony.

And while the latest gathering of the globe's most talented sportswomen and men has been four years in the making, nothing could've prepared the athletes and us spectators for what followed.

We cried tears of joy when Kosovan judoka Malinda Kelmendi secured her country's first ever Olympic medal in the games' 120-year history. A gold at that. But Team GB couldn't repeat her success in the Men's Gymnastics Team Final after the pressure got too much for pommel-horse pro Louis Smith and he royally ballsed up his only routine.

But in my honest opinion, the highlight of the latest games is hands down Michael Phelps' baby son Boomer. While the champion swimmer may have cemented his status as the most decorated Olympian of all time, the little one only had to wear a pair of protective ear muffs and the world was left audibly cooing.

Here's a reminder of the most unforgettable moments of Rio 2016. 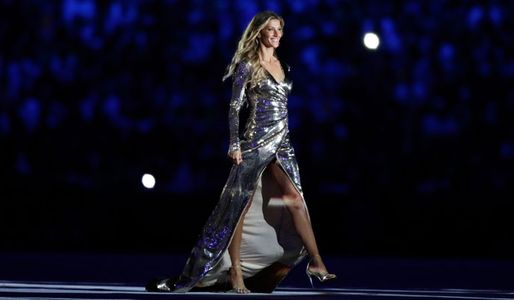 What's been your favourite moment so far? Let us know @soFeminineUK

The Hottest Olympic Hunks Of All Time

Helen Turnbull
…
From hair ideas to outifts, look no further for your daily inspiration

Sign up to get involved!
You might also like
17 Celebs Who Have Spoken Out About Their Mental Health
by Pascale Day
Motivational Before & After Weight Loss Pictures
by the editorial team
In Pictures: The Most Inspiring Moments of The Paralympics 2016
by Helen Turnbull
On Your Marks, Get Set, Go! Training Tips For Your First Half Marathon
by Teddi Ginsberg
Muffin Tops Be Gone! Everything You Need To Know About The Wheat Belly Diet
by Vivian KELLY
How to deal with your period
by the editorial team
Do You Know Your Normal? Be Breast Aware With A #CHECKYOURSELFIE
by Vivian KELLY
Happy World Vegan Day! I Went Vegan For A Week And This Is What I Learned
by Pascale Day
'Avocado Hand' Is On The Rise And It's The Wake Up Call We All Need
by Rose Adams
The 8 Surprising Benefits of Eating Blueberries You Never Knew
by Pascale Day