Chris Brown Is At It Again: Goes OFF On Talk Show Hosts Who Call Him A Cheater

by Dagney Pruner Published on 4 November 2014 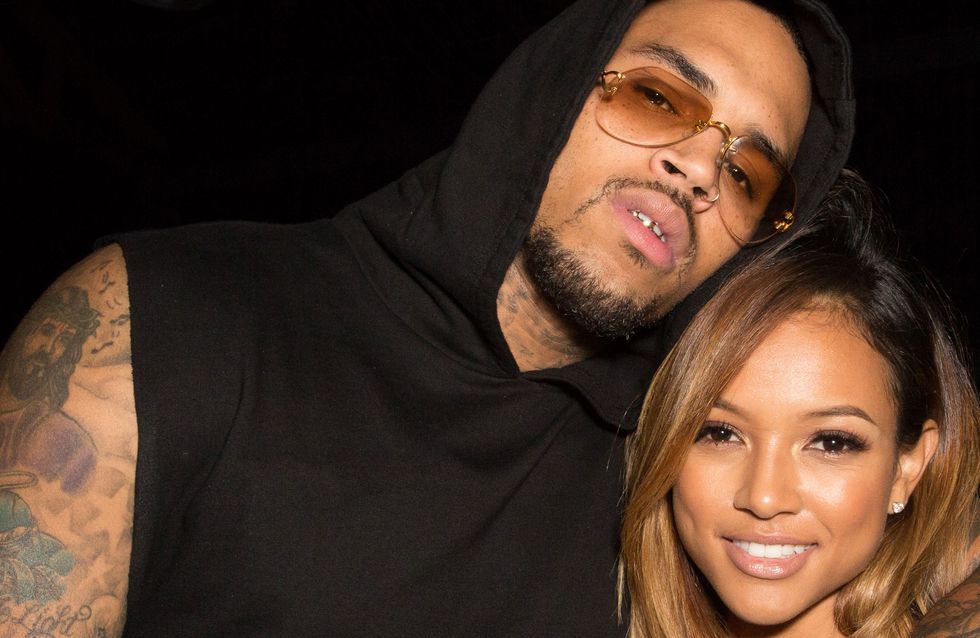 So you may have heard of Chris Brown, the extremely talented performer who has this knack for going on epic social media rants. Brown is no stranger to media scrutiny for his treatment of women, but he's managed to keep to stay out of the negative spotlight as of late. That was until his little temper reared it's ugly head yesterday at Adrienne Bailon and Tamar Braxton, hosts of American talk show The Real, for calling him a cheater. As you can imagine, Mr. Namaste did not take this so

First let's discuss this show The Real, which Chris Brown has inadvertently done a fabulous PR job for since his meltdown. The show is hosted by Tamar Braxton, Tamera Mowry-Housley, Loni Love, Jeannie Mai and Adrienne Bailon, (it's basically Loose Women) and discusses all things women typically gush about: men, fashion and family. So naturally, the subject of cheating came up and the gals made the excellent point that when your friend is a dating a "bad" guy, you can tell them all you want, but they really just have to figure it out on their own. "Blinded by love" is how they phrase it, and it happens to cloud the judgment of even the wisest beauties (i.e. Sandra Bullock, Halle Berry, Eva Longoria, etc.)

When drawing upon an example of a "bad" boy, they discuss Chris Brown and his current girlfriend Karrueche Tran. Rumours have been flying of Brown cheating on Tran for years, after he simultaneously juggled the model and Rihanna back in 2012. Brown's temper grew famous even before that in 2009 after he brutally beat Rihanna after a pre-Grammy party. So when the girls of The Real need a bad boy who is also oh-so-good as an example, it doesn't seem like that much of a stretch to draw comparisons between Karrueche and Brown. Check out the video of their comparison here:

The irony? Brown chose to go after Tamar Braxton, who defended the pop star, and Adrienne Bailon who made the obvious point that it probably doesn't suck for Karrueche's friends that she just happens to be dating one of the biggest stars in the music industry. Here are Chris' carefully chosen words on the comparison:

"BRING THAT ASS HERE BOY" ADRIENNE BAILON…. You ole trout mouth ass b*tch. U tried it. Won't u the same b*tch that was f*cking wit married men? U also was keeping up with the Kardashians! U can't talk about relationship goals when u don't even have life goals. Ain't you a cheetah girl? Last time u was important n*ggas was riding spinners and wearing 6x talk Ts. You the same b*tch having threesomes like the rest of these hoes. U tried it too Tamara Braxton. U take the role of the ugly sister. It's always the people wit no career that talk all the shit. Dat plastic surgery f*cked yo face up. Bitch look like she always saying "huh"? Muppet face ass! #basicb*tchproblems #thotiannas I don't even need a photo for Tamar, that b*tch is beat in every photo! #icanmakeabrokeb*tchrichbutidontfuckwitbrokeb*tches"

So maybe it's just us, but this post does not exactly make sense. Also, despite accusing Adrienne of having a "f*cked up face" we have to say, he chose a great picture of Adrienne for his rant. Looking good, girl. However, calling a girl "b*tch" and accusing them of all sorts of sexual acts on the Internet isn't exactly the behavior of a man who has his temper under control. Nor one who has an appreciation for women. Here is Tamar's very lady like response given that she was defending Breezy:

"#whenyourgirlhasatalkshowinsteadofcryingaboutyouwhileONone… you are asked to talk about certain things such as A.relationships B.family C.fashion D. Things that has to do with HER in life! @chrisbrownofficial@karrueche no one came at either of you but was simply using your relationship as an example of things us ladies go through in a relationship!! I do not know nor do I give a hot damn about your relationship personally…. honestly and respectfully I'm VERY sorry if you BOTH were offended about our girl chat…. however you WILL NOT think its ok to come at GROWN women and talk to either myself or@adrienne_bailon as if u have EVER has us each in your bed at ANY point in our lives! (Maybe your mind is clouded) NOTE TO SELF: u are NOT my MAN or my DADDY so you got me completely F*CKED up!…(like your reputation) I'm not 20 nothing years old and I am fine with all 3 #1 tv shows and making my dreams come true with Love&War and now #letmeknow…which is on iTunes 😊 you are only a few years older than my son and I will not tolerate your disrespect when no one was coming for you!!! so this RICH/BLESSED muppet who WAS always VERY nice to you and your girl will continue to work my ass of and make amazing records and positive television while YOU…In this very queenish mood you are experiencing😴…….Instead of coming on ig…and acting like a B.A.N!!…should have and could have picked up the phone!! 🙋…or watched the show for yourself!!! At least that's what REAL men do! #thereal on fox and @bet❤️ #backtoworkigo #liveinyourtruth #wewouldbetheBESTJudiesEVER👫 #letmeknowifkarruchiehasamouthsheshoulduseitnotYOU #dontfuckwithmefellasthisisnotherfirsttimeattherodeo #grown💅 #still❤️yalltho #wenotbeefing😘"

#Preach. So the quiet voice of this whole sitch is Karrueche, who has taken the back seat on a lot of this. The tiny beauty had this response:

“Unlike most of you… I could care less about the opinions of others.. Drama doesn’t amuse me – so yes @tamarbraxton I do have a voice, just not like yours.. However my bf I can’t speak for.. We all know he has no chill. Just like everyone else out there – he has an opinion. Have you ever thought to yourself how it may feel being judged for everything you do and half the time people have no clue what is going on? You people invest so much of your time in other peoples lives and business and get mad when they have something to say back?! If you can dish it.. You gotta be able to take it.. A lot of you mistaken my quietness for stupidity, and thats fine because I don’t care what you think. Anyways- I’m not here for the drama ✌️What do you gain from the names you call me?”

Well nobody on The Real was calling you names, but we get that this stuff bothers you. Unfortunately, that is the price to pay when you're dating a multi-millionaire who makes his money by being in the spotlight. As the old adage goes: with massive amounts of money, comes intense media scrutiny.

We hope that Brown really is treating Karrueche well behind closed doors, and hopefully girl can help get his temper under control. In the meantime, we hope he is getting vocabulary lessons on other words used to refer to women. We don't like b*tch, but we DO like: lady, goddess divine, her highness, beautiful and her majesty.

Do you think Chris Brown went overboard? Tweet at us! @sofeminineUK!

Would You Fly All Over The World With This Guy?