OH. MY. GOD! Monica And Chandler Are Dating IRL!

by Pascale Day Published on 18 December 2015 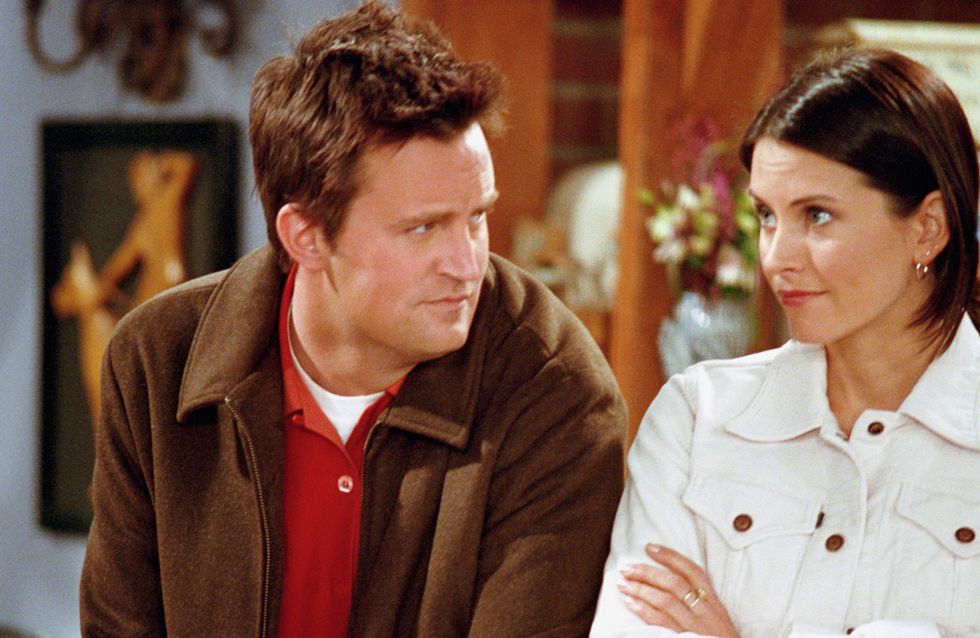 Every Friends fan's dream is coming true right now - it's rumoured our favourite TV couple are giving a go in real life! Swooning, swooning so hard.

If relationship goals were a thing in 2004 then Monica and Chandler would have been it. And now, to top off our year perfectly, Courtney Cox and Matthew Perry are said to be dating. That's right - the rumour mill has been churning, we've had our ears to the grapevine, and the latest is that Cox found solace in the arms of her old co-star Perry after she called off her engagement to Snow Patrol guitarist Johnny McDaid earlier this year. Matthew Perry was in a relationship with actress Lizzy Caplan (that's right - Janice Ian from Mean Girls!) until 2012.

It all started when a fan tweeted a picture of the pair catching up over lunch next to a picture of their characters Monica and Chandler, and Matthew is looking at Courtney in EXACTLY the same way in BOTH pictures. Basically major heart eyes.

matthew looks at courteney the same way chandler looks at monica and i don't know what to do with myself pic.twitter.com/8V1gpvnCCJ

Meanwhile Entertainment Today have reported that Courtney and Matthew aren't actually together and that the rumours weren't true. BUT, an unknown source said that Matthew invited Courtney over to talk, one thing turned into another and well... you know. So we don't know who to believe!

So whilst the authenticity of this rumour is likely to be in question, that hasn't stopped fans totally freaking out about the idea of Monica and Chandler 'shipping in real life.

If the rumor that Courtney Cox and Matthew Perry are dating is real, it will be the greatest Christmas gift of all.

We certainly hope it's true - what a lovely end to 2015 that would be!

What do you think of this rumour? Love it or hate it? Let us know! @sofeminineUK

​​​​8 Of The Funniest Hairstyles From Friends