by the editorial team Published on 19 June 2008 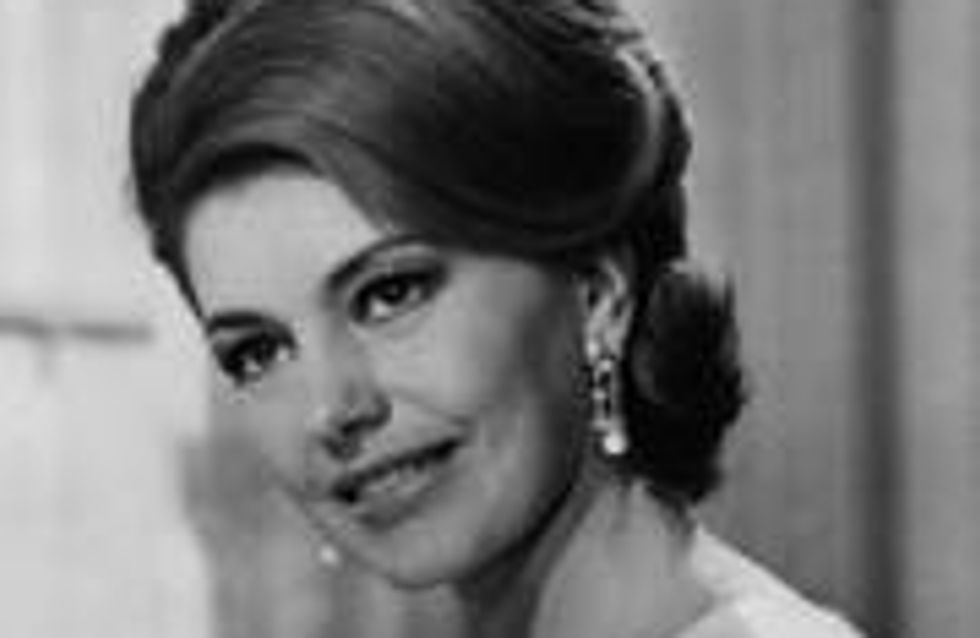 'Singin' in the Rain' star Cyd Charisse has died at the age of 87 after suffering an apparent heart attack.

Hollywood actress Cyd Charisse has died at the age of 87.
The Texan-born star - who appeared alongside Gene Kelly in 'Singin' in the Rain' and Fred Astaire in 'Silk Stockings' - passed away on Monday (16.06.08) at Los Angeles' Cedars-Sinai Medical Center after suffering an apparent heart attack.
Her publicist Gene Schwam confirmed the news and paid tribute to Charisse saying: "She was a loving and gracious woman throughout her life."
At the height of her fame in the 40s and 50s, Charisse's long legs were insured for an incredible $1 million.
Charisse - who was born Tula Ellice Finklea on March 8 1921 - began her career as a teenager dancing with the Russian Ballet Russe.
During a European tour she met young French dancer Nico Charisse and they married in Paris in 1939.
The couple, who had a son together, divorced in 1947. The following year Charisse married singer Tony Martin, with who she also had a son.
Her big break came in 1943 in the movie 'Something to Shout About' before starring with Astaire in 'Silk Stockings'.
Speaking about his co-star in 1983, Astaire said: "She wasn't a tap dancer, she's just beautiful, trained, very strong in whatever we did. When we were dancing, we didn't know what time it was."
But her most famous role was alongside Kelly in 1952's 'Singin' in the Rain'.