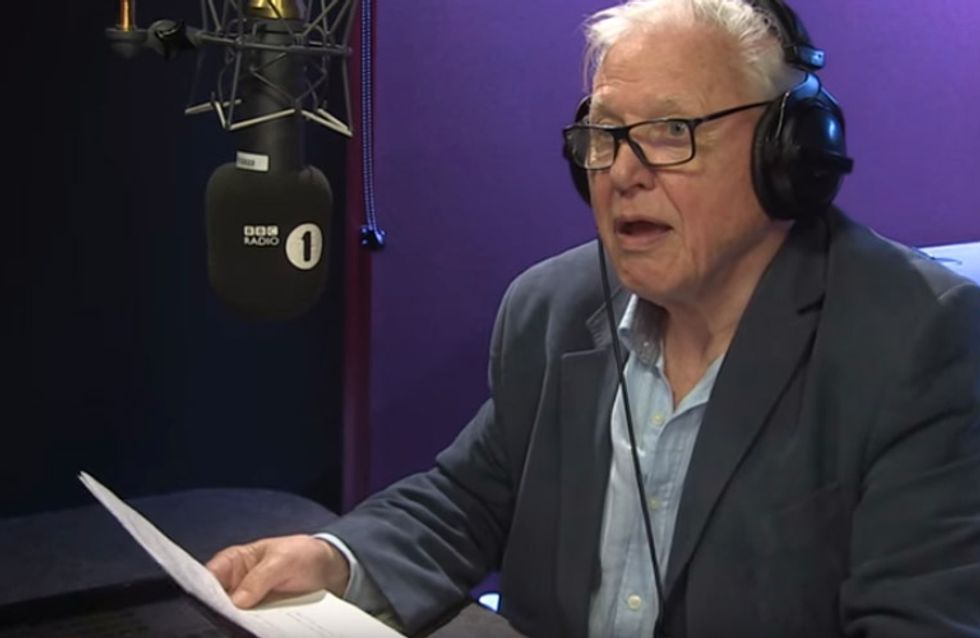 We didn't think we could get anything more out of Adele's hit single Hello. We've had it on repeat, we've watched the video in wonder and we've joked incessantly about Adele's flip phone. But then Greg James had the frankly genius idea to have the beloved naturalist David Attenborough narrate Adele's music video like a nature documentary, and two AMAZING world's collided.

Despite worrying that Adele might get cross with him (which she absolutely definitely wasn't, because who WOULDN'T want David Attenborough narrating their actions on a daily basis?!), David agreed to narrate the now famous beginning of Adele's music video which sees her arrive at an old, abandoned home, lose signal on her phone then begin to pull up dust sheets before looking straight at the camera and melting our hearts.

As you can imagine, the narration is AMAZING...

Can we start a petition having David Attenborough release a full-length documentary specifically about the mysterious and beautiful creature that is Adele? Tweet us @sofeminineUK!

QUIZ: What Does Your Taste In Novels Say About You?

We Think We've Found Your Next TV Show Obsession