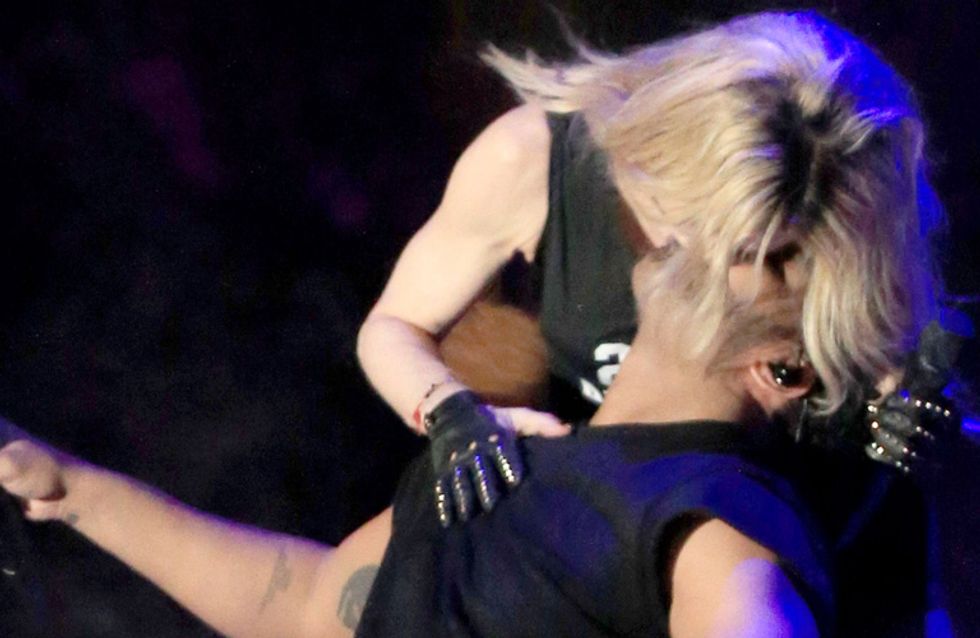 Last night at Coachella headliner Drake performed with Madonna for his song ‘Madonna’. Makes sense. What does not make any sense in this world is why the 56-year-old pop superstar lent over him and made out with him, batting away his hand as he tries to contemplate WTF is happening. The only answer is that Madonna stays young by sucking out the youth of singers. It looks like Drake almost threw up, and naturally the Internet is really concerned about him…

So it looks like Madonna made out with Drake at Coachella. It affected him, and apparently not in a good way.

Since Madonna seems to have the Dementor’s Kiss down, naturally the people of Twitter were very, very worried about our dear sweet Drake. First of all, people were shocked and disgusted by what they’d just witnessed.

Others felt like they should defend Madonna and her wacky, older lady antics:

Even Piers Morgan had his say:

You OK mate @Drake? Can't think of anything worse.

Then this extremely convincing theory came into play:

Madonna stays young by discreetly sucking the life out of the youth. #SaveTheYouth #StopMadonna pic.twitter.com/QlhxrzuNx6

How many years of youth did Madonna absorb from Drizzy in that kiss pic.twitter.com/MTaSffMgdJ

Britney Spears, Christina Aguilera, now Drake?! We don’t want to be too hard on Britney and Christina, but post-snog they’ve both had a bit of a rough time of it, no? We’re not saying Drake is next on the downward spiral, we’re just saying he should watch himself. Carefully. In fact:

Want to join us in our bid to save Drake’s fate? Tweet us @sofeminineUK with #StopMadonna2015 and let this madness end, once and for all!