by the editorial team Published on 10 July 2009 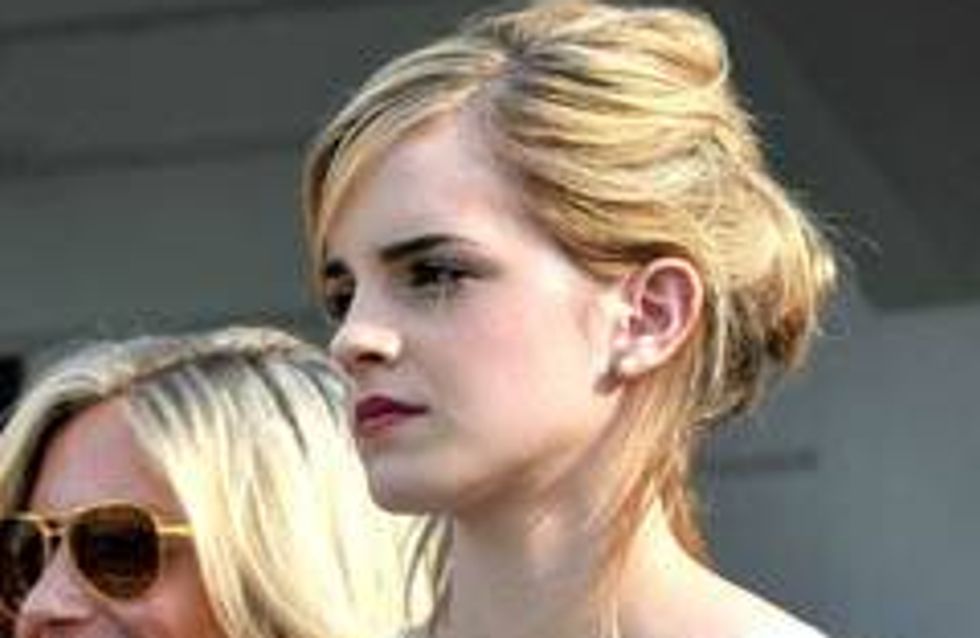 Emma Watson admits she was lucky she had underwear on when she suffered a wardrobe malfunction at the premiere of 'Harry Potter and the Half-Blood Prince' in London on Tuesday (07.07.09).

Emma Watson was grateful she was wearing underwear at the world premiere of 'Harry Potter and the Half-Blood Prince'.
The 19-year-old actress - who plays school swot Hermione Granger in the hit wizard movie franchise - inadvertently flashed her panties at waiting fans as she adjusted her dress during the event in London's Leicester Square on Tuesday night (07.07.09), but knows it could have been even more embarrassing.
She said: "This was a small wardrobe malfunction that happens. I actually don't remember it happening.
"At least I'm wearing underwear in the photos!"
The teenage beauty now realises she has a lot to learn when it comes to avoiding embarrassing situations.
She added: "I'm still learning, definitely still learning!"
Emma also confirmed she is going to university in America, but would not reveal which one.
The star - who is rumoured to be attending either Yale or Columbia - said: "I'm moving to the States. I'm doing a liberal arts degree and I'll hopefully focus in humanities.
"I'm young and indecisive and not quite sure what I want to major in -maybe English, or maybe art."