by Pascale Day Published on 1 April 2016 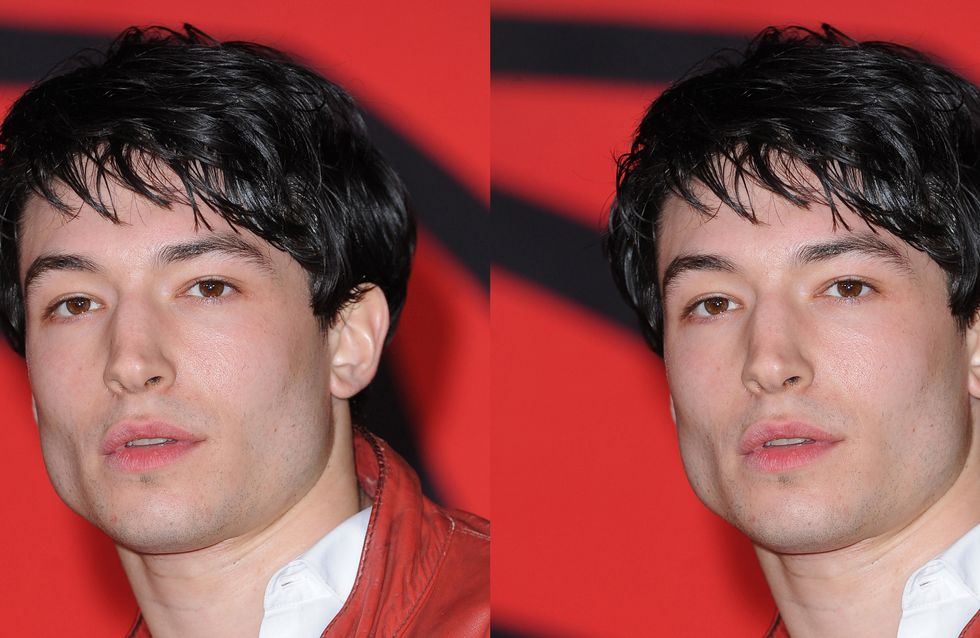 Oh. My. God. Seriously, have you seen Ezra? I mean, you might have seen him and not even known about it because man, he looks different. And by different, we mean hot AF. He showed up at the Batman Vs. Superman premiere in London last week and it's fairly obvious that he's dropped the Coachella vibe and buffed up a treat.

Last time we saw Ezra Miller, he was the skinny intern doing weird sexual stuff with Amy Schumer in Trainwreck. If you're still unsure about who Miller is, he's the manic pixie dream guy from Perks of being a Wall Flower, American TV show Californication, and the oh-so creepy teen from We Need To Talk About Kevin. We're used to seeing him on the red carpet looking dreamily handsome: long, thick hair, a little bit of stubble, and an interesting dress sense.

But now, Ezra's changed. And ooo-wee! We excited about it. This is Ezra before:

And this is Ezra at the European Premiere of Batman vs. Superman: Dawn of Justice in London last week:

The reason for Ezra's physical transformation is his cameo in the new Batman Vs. Superman movie as The Flash. Not only that, we'll be seeing Ezra in 2017's Justice League: Part One, and his own movie The Flash in 2018. So don't panic - there's plenty more chances to see Ezra's hot new transformation. It's not going anywhere. Praise the lord hallelujah.

What do you think of Ezra's new look? Let us know! @sofeminineUK