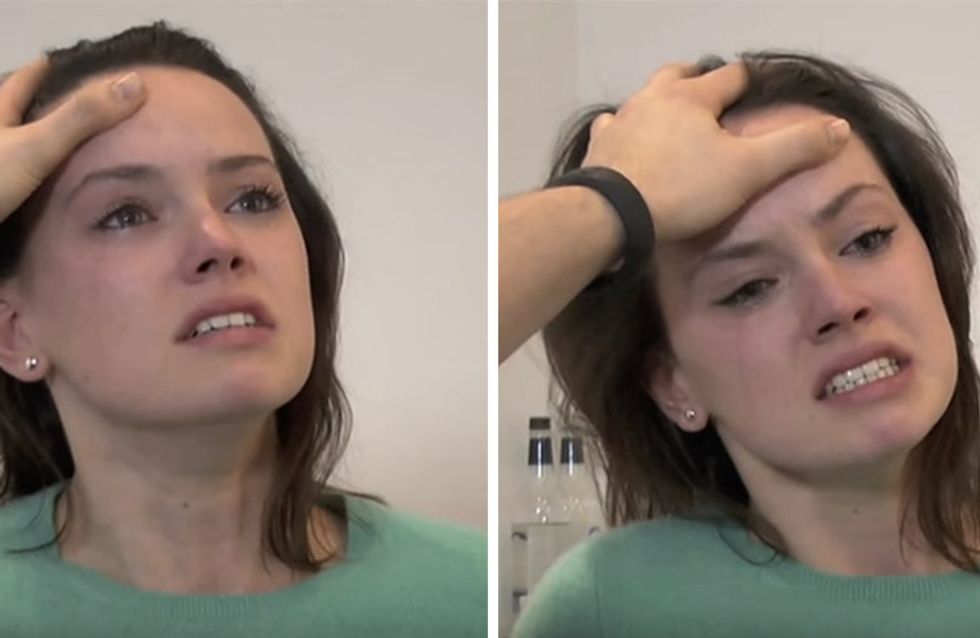 Acting is a tough game, but even more so when you're auditioning for the role of a lifetime. So it's hardly a surprise that, as Daisy Ridley's audition tape surfaces, she seriously showed her thespian chops in order to get the part of Rey.

As you may recall, the latest film in the Star Wars canon features Rey, a metal scavenger who - SPOILER ALERT - it turns out, totally has the force. Yep, the force is definitely strong with this young Jedi, played by majestic British actress Daisy Ridley.

Before appearing in Star Wars, Daisy Ridley was relatively unknown actress. Appearing in a few episodes of various British dramas like Silent Witness and Casualty, as well as some indie films. So she really had to prove her worth in order to be cast in what is arguable the most famous remake of this decade.

John Boyega has told of how he was made to audition nine times in order to get the part of Finn. Nine. Times. And as we can see from the release of Daisy's audition tape, her tryout for Rey was no walk in the park either. Director JJ Abrams made her read the part where Kylo Ren tries to take over her mind, a pretty gruelling scene for any actor to do. But Ab​rams was deeply impressed with her ability to deliver time and time again: “She just blew my mind. She’s reaching this depth of struggle, and tears are streaming down her face. I thought, ‘This is unbelievable.’”

Not only did Abrams ask her to complete the scene, but he made her do it several times: "I asked her to stop, gave her a couple of adjustments, do it again. And she just did it again." Check out the intense clip below.

Star Wars: The Force Awakens is out on DVD April 1st and Blu-ray on April 5th.

What do you think of Daisy's audition? Pretty great, right? Let us know! @sofeminineUK

​​Where Are The Babes Of Star Wars Now?