by Francesca Menato Published on 18 September 2013 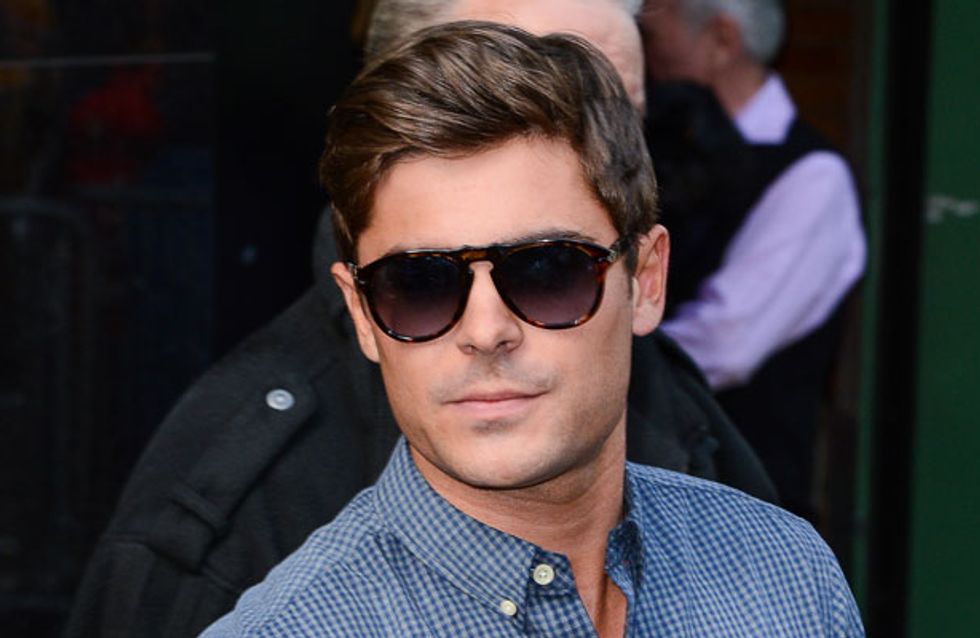 Teen heart-throb turned acting hunk Zac Efron has reportedly completed a stint at a rehab centre to deal with a drug addiction. It's been made clear, though, that the actor was not treated for alcohol abuse. This Hollywood star is a long way from High School Musical.

It has been claimed that one-time Disney star Zac Efron has secretly completed a five-month stint in rehab.

The 25-year-old was reportedly checked in to a facility to deal with a cocaine addiction.

According to TMZ, he quietly entered the rehabilitation centre to get over his dependency to the drug, as well his occasional use of MDMA.

The stint is said to have been successful and Zac is now focusing on his movie career.

He is fit and feeling positive and moving on from his teen idol status.

Another insider told People: "He’s doing great. He's taking care of himself and it shows."

​The news comes as a surprise to us all, as Zac seemed to avoid the public party scene during his transition from High School Musical heartthrob to adult actor.

Zac is next set to appear in movie Parkland, which premiered at the Toronto Film Festival.

​He told reporters at the event: "I'm good, real good."

He takes on the role of an inexperienced doctor who battled to save JFK at Parkland Memorial Hospital after he was shot.

Fans across Twitter are incredulous at the thought of their squeaky clean crush having a drug problem.

Another got existential and questioned: "What's life? Zac Efron What!?"

Many are pretty unimpressed by the news with one posting: "Zac efron just had to go ruin himself and do drugs didnt he."

We're struggling to think of a teen star who hasn't gone into rehab! Tweet us your thoughts @sofeminineUK

WATCH: Zac Efron topless in new comedy Neighbors with Seth Rogen by the editorial team
+
All the news about Zac Efron
by Francesca Menato
#naughty#rehab
For all the best videos, memes and shareable news!

Nakedness
by the editorial team