8 Redhead Festivals You NEED To Attend (If You're Ginger)

by Emmy Griffiths Published on 3 July 2015 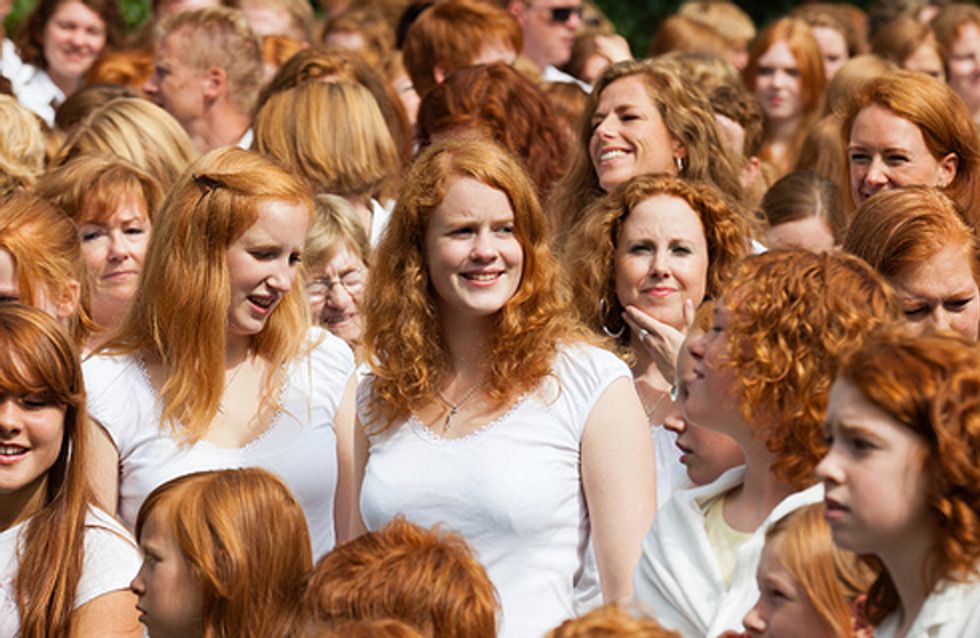 Gingers are used to being teased for their flaming locks, but now we say enough. ENOUGH! Isn't it time we took our titian identities back and celebrate what makes us unique in all of our ginger glory? Fortunately, there are plenty of festivals around the world that do just that. Here are our picks that EVERY ginger should pop into their calender...

Head over the Angel, London for some ginger-lovin! Once there, you can meet fellow gingers and congratulate each other on literally having the rarest, most spectacular genes in the world as well as check out everything they have going on, including photography, film and live music!

The event is also supported by the Anti-Bullying Alliance charity because let’s face it; being ginger at school wasn’t a walk in the park for anyone.

Gather ye all in Crosshaven, Ireland to raise money for the Irish Cancer Society and enjoy some ginger based (yet completely random) fun including carrot tossing, a redhead parade AND the chance to win best-dressed redhead. WE NEED THIS PRIZE.

Brush up on your Dutch and journey to The Netherlands to the festival, which is the current record holder for the largest gathering of redheads ever. So if you wish to leap into a never-ending sea of red, this one’s for you!

Canadian gingers! Can you imagine how nice and polite they’d be? We have to cross to pond to visit this one, especially since all the redheads are required to wear t-shirts and celebrate their sheer gingerness together.

Around 1,600 people gathered for this festival last year in Oregan, USA, carrying snaps of themselves as tiny ginger children whilst raising money for Skin Cancer. They have previously set the world record for most gingers gathered in one place and are aiming to reclaim this title this year, so if you want to be a part of Guinness history, this is the place to be!

All you really need to know about this one is that it takes place in New York, USA and it is STRANGE. The event is always shrouded in mystery, and is sort of like a strange, cult club (like Bildeberg but with gingers) where a ‘High Ginger’ is selected during their meetings and they partake in ‘toast of the coppertops’ during their ‘Night of the Walking Red’.

We don’t know whether to be scared or excited.

This one is a GINGER PUB CRAWL. That has to be one the best ideas EVER. Taking place in Austin, Texas, the event gathers together hundreds of redheads to go out and get hammered.

Head to Plymouth for a day of gingerbread decorating and more as you celebrate being ginger and proud!