by Emmy Griffiths Published on 8 June 2015 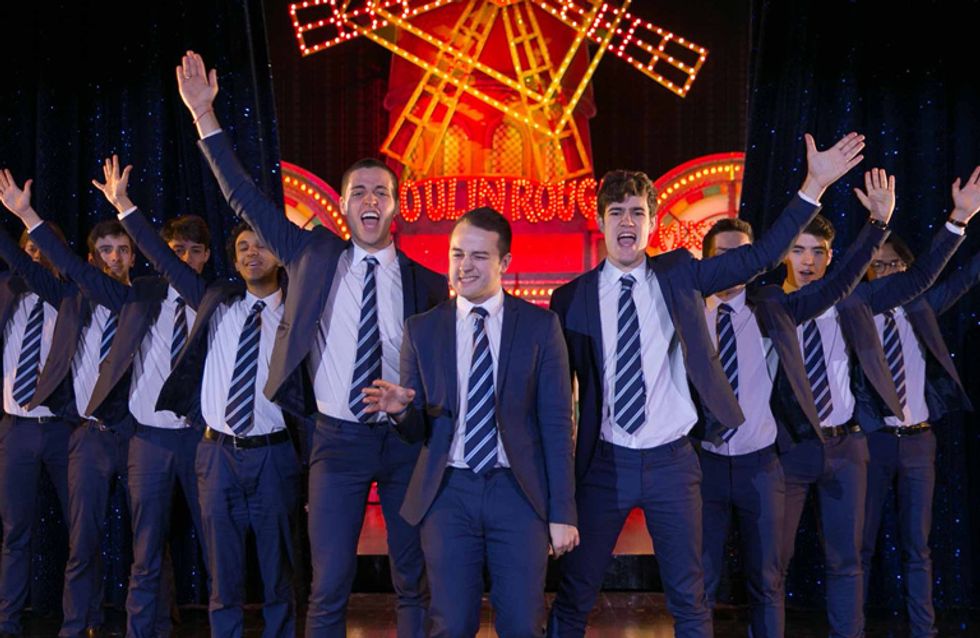 They're back pitches! The boys from Oxford have brought out a new charity single following the success of their previous Shakira mash-up. We didn't know how they'd be able to top their Hips Don't Lie vid, but they've only gone and done with with their version of Moulin Rouge. Aca-believe it!

Put this group in Pitch Perfect 3! The Oxford students/acapella wonders are back with a brand new single, Moulin Rouge, it we have to say it is their best one yet. Check it out in all of it's outrageous glory:

We didn't think the group, known as Out of the Blue, would be able to top their camp-tastic Shakira mash-up, but their feather wielding, glitter infused rendition of Moulin Rouge is the best thing we have seen from these boys so far.

​The fabulous vid was made entirely for charity, with the proceeds going to Helen & Douglas House – a children’s hospice in Oxford that cares for children and young adults with life limiting illnesses.

So these boys can sing beautifully, are Oxford-level smart and spend their spare time raising money for charity? Where are they and can we marry them pls?!

QUIZ: Are You Team Katy Or Team Taylor?

21 Reasons You Should Give Fifty Shades Of Grey A Chance