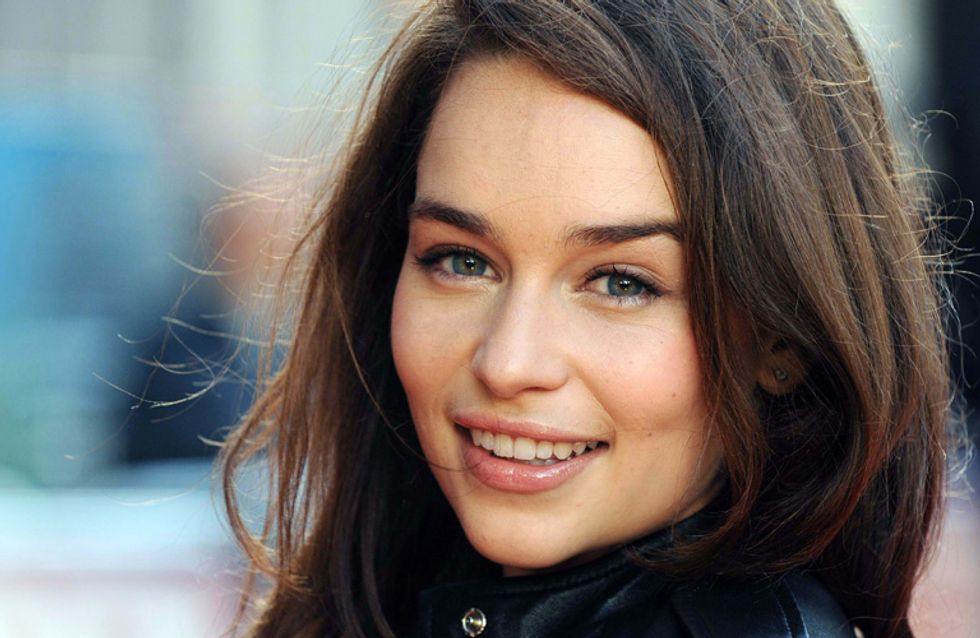 If you’re anything like us, you’re still lighting a candle every night in memoriam of (SPOILER ALERT YOU HAVE BEEN WARNED) Jon Snow. Everyone’s favourite man of the Night’s Watch might have been stabbed approximately 4782 times in the season finale, but Emilia Clarke (AKA Daenerys Targaryen, First of Her Name etc etc) has cast some hope on the character’s return…

Although the actor who plays Jon Snow, Kit Harington, and the showrunners Dan Benioff and D.B.Weiss have all claimed the character is dead, with Kit saying: “I’ve been told I’m dead. I’m dead. I’m not coming back next season. So that’s all I can tell you, really.”

Whilst many fans have suggested that Kit is a big ole’ fibber who is just trying to put us off from finding out the truth, it has to be said that the confirmation from Harington that Jon Snow is 100% dead is a little bit crushing. Fortunately though, it turns out Emilia Clarke is just as unsure as the rest of us when it comes to the resurrection of the Lord Commander.

When asked if she thought he was gone for good, Emilia continued: “If I was going to bet I’d say it was a 50/50 chance. There are some helpful people there who could, you know, bring him back to life.”

Here are our favourite 4 theories as to how Jon Snow will survive the stabby stabby:

1. Melisandre will resurrect him

Melisandre is a Red Priestess worshipping the god R’hllor. Priests of the Red God have been known to have the ability to resurrect the dead, something Melisandre witnessed when she met the Brotherhood without Banners in season 2. She also conveniently just rocked up to Castle Black, just in time to save our Jon. Come on Melisandre, do this for us and we’ll forgive you for Shireen (sob).

2. He warged into Ghost at the last moment

Like Bran, Jon Snow is thought to have the gift of warging, AKA shifting his spirit into his direwolf. He’s never done this before, but with no sign or explanation as to where Ghost was in the season finale, it stands to reason that his absence could be explained, as he needs to be kept alive and away from the Night’s Watch so Jon can inhabit his body.

3. He will be reborn in fire

A popular theory among fans is that Jon Snow is not Ned Stark’s bastard, but is actually the son of Ned’s sister Lyanna Stark and Prince Rhaegar Targaryen. Not only would this mean that he is first in line for the Iron Throne, it also means that he could well be reborn when the Night’s Watch set his body on fire, as Daenerys was when she entered Khal Drogo’s funeral pyre in season one to hatch her baby dragons.

4. He will become a White Walker

Not our favourite theory, but Jon Snow could just come back as a White Walker and join the side who, let’s face it, is mostly likely to win at this point. I mean, did you SEE that army? Seriously Westeros is so screwed right now.

HANG ON JON, HELP IS ON THE WAY!

Do you think he's really dead? Tweet us @sofeminineUK!