by the editorial team Published on 12 February 2014 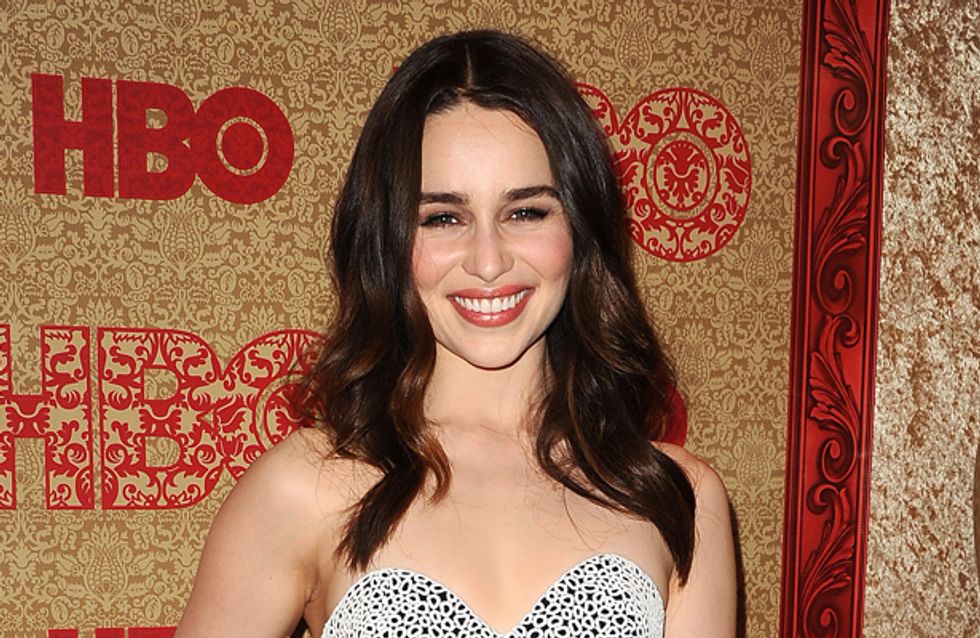 The mother of dragons is hotter than ever! Game of Thrones actress Emilia Clarke has been ranked No. 1 on AskMen.com’s Most Desirable Women of 2014 list. Two other GoT beauties, Oona Chaplin and Rose Leslie, were voted into the Top 99 as well. Sexy women like Beyonce, Kerry Washington and Sofia Vergara also made the list. Read on to find out who ranked number 99!

Emilia Clarke is a stunning and talented actress, and her character on Game of Thrones is both beautiful and badass. So it’s no surprise to us that AskMen.com voted her No. 1 on their Top 99 Most Desirable Women of 2014 list!

At only 26-years-old, Emilia has made a name for herself worldwide as the fearsome Mother of Dragons, Danaerys Targaryen on HBO’s hit series Game of Thrones.

The actress’ gorgeous looks definitely helped her cinch the top spot, but that is certainly not all that put her at the top of this year’s list. Over 1 million people voted for the AskMen list, and they were asked to vote for women who “most closely match their ideals,” “on more than just sex appeal.”

Two other Game of Thrones actresses graced the Top 99 list this year. Oona Chaplin, who played Rob Stark’s wife Talisa, was ranked at No. 43, and Rose Leslie, who plays Jon Snow’s lady love Ygritte, came in at No. 61.

The list, of course, contains some of the most attractive and accomplished women in the media today, from sports stars to models.

The top five slots were awarded to Emilia Clarke, Mad Men and Community actress Alison Brie at No. 2, “Blurred Lines” model Emily Ratajkowski at No. 3, Hunger Games actress Jennifer Lawrence at No. 4, and Hermione herself, Emma Watson at No. 5.

Twerking star Miley Cyrus is also included in the list, but not perhaps where you’d expect her. The “We Can’t Stop” singer ended the list at No. 99. According to E! News, AskMen says Miley was actually voted “higher on the list” but they “took the editorial decision to symbolically put her at No. 99.” Yikes!