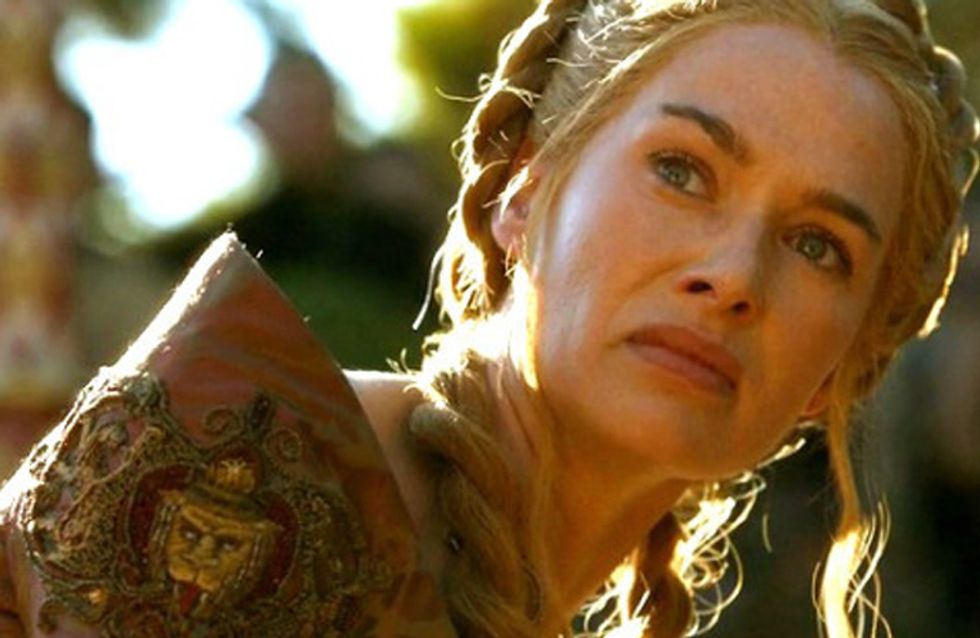 Ah George RR Martin. We all love you deeply, and will never be able to thank you enough for bringing this world of sex, dragons and horrifically violent deaths into our lives, but we must not, we CANNOT wait for you any longer. Since GRRM is still nowhere near completing The Song of Ice and Fire series, it has now been confirmed that the TV show will go ahead and finish it for him.

Poor GRRM. This is what happens when you create a Drogon of a book series then agree to do a TV show. Four, or even five years seems like a long time to get your novels all done and dusted before the show catches up, but when 2015 rolls round and the show has pretty much caught up with the last installment of the series and you are still surrounded with thousands of pages of manuscript with no idea how to proceed (we imagine) whilst your now gargantuan fan base are screaming at you to HURRY UP, we can imagine it being a little stressful.

Indeed, George has dropped out of several public appearances this year, explaining on his blog that he needs to focus on getting The Winds of Winter, the sixth book in his series, finished. He said: “I have too much to do. Too many things on my plate. Son of Kong foremost amongst them.” Psst, Son of Kong is The Song of Ice and Fire series. It's about right.

It now appears the decision to let George write at his own pace whilst steaming ahead with the TV show has been made, as show runners David Benioff and Dan Weiss have comfirmed that they will be finished the series before the final books are published.

They said: "Luckily, we’ve been talking about this with George for a long time, ever since we saw this could happen, and we know where things are heading. And so we’ll eventually, basically, meet up at pretty much the same place where George is going; there might be a few deviations along the route, but we’re heading towards the same destination. I kind of wish that there were some things we didn’t have to spoil, but we’re kind of stuck between a rock and a hard place. The show must go on. . .and that’s what we’re going to do."

We know that George loves the show (and wrote an episode up until season four when he decided to concentrate on his novels AS HE SHOULD), but we still can't help but feel a little bad that the man himself won't be giving us the big reveal (book readers! R + L = J amirite?!) but come on, Hodor is going to be sat on The Iron Throne sooner than that man finished!

Do you think the TV show ending the series is a good idea?! Tweet us @sofeminineUK

11 Reasons Why The Game of Thrones: The Exhibition Is Every Fan's Dream Come True