Top TV: Why You Need To Be Watching HBO’s Girls Already 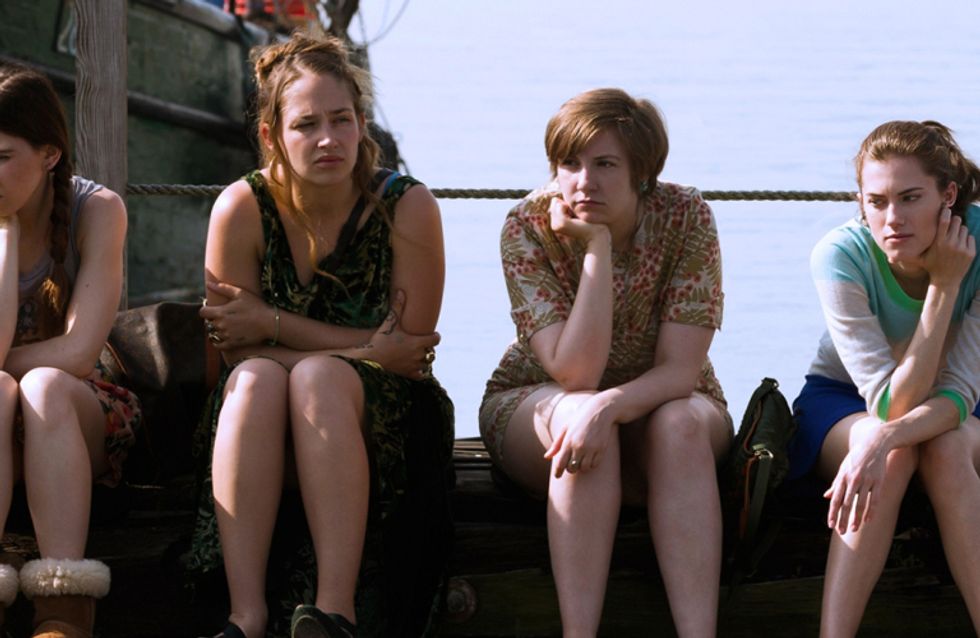 With it's fourth season finally available for digital download, we're still all about HBO's brilliant comedy, Girls. Created by Lena Dunham, the show follows the lives of four girls and they go through the often hilarious trials and tribulations of being a twenty-something in New York City. Here's why we LOVE it...

The characters are wonderfully awful

It’s a friendship group who bitches and gossips about each other every chance they get, although obviously they will always be there for when you really need them. Watch out for Shoshanna’s brutal honestly when she’s drunk, it’s glorious.

We never understood how Carrie could eat out EVERY night in Sex and the City. In Girls, all the twenty-somethings have naff jobs, no idea what they’re doing with their lives and occasionally spends the entire day doing nothing but watching daytime TV. So, basically us.

Marnie loves being the vision of a perfect person (you know, always baking cookies, trying out new styles, trying to score the ideal boyfriend), when really she’s just as clueless as the rest of them. However, her attempts to become a singer are just gloriously cringe.

Jessa speaks for all of us

Jessa is the straight-talking, nihilistic one who you kind of want to be even though she’s a recovering drug addict and is probably the crappiest friend out of all of them. But it would be nice to not care what people think as much as she does.

Shoshanna is literally everything

If this show was retitled ‘The Shosh show’, we’d be all over it. That girl is a foundation of neurotic wisdom, and the epitome of a basic bitch (except that she’s AMAZING with it).

Lena Dunham’s writing is as smart as ever

Right. Season one, he was blergh. Season two, he was incredible. Season three, we didn’t think it was possible we could love him more. Now we’re onto season four and Adam has just become better with time. Sure he’s a required taste, but that’s what we like about him.

Elijah is the best

As Hannah's ex boyfriend who turns out to be gay, Elijah only occasionally pops up but when he does, it's like seeing an old friend.