Goat And Donkey BFFs Go On Hunger Strike To Be Reunited 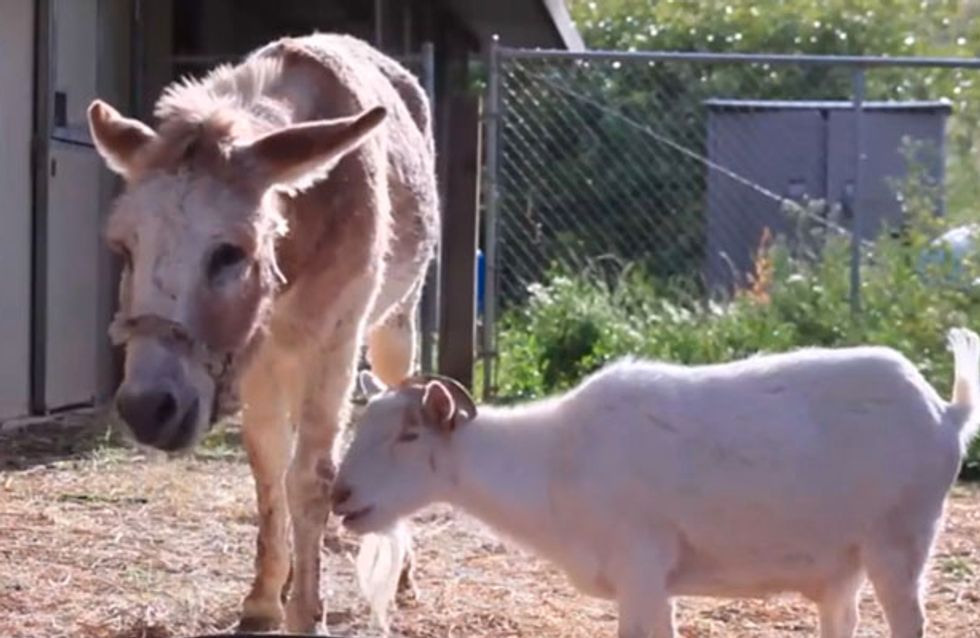 What happens when you try to end the friendship between a goat called Mr G and a donkey called Jellybean? Bad things. When the two animals were rescued from an abusive animal hoarder, it turned out that they had struck up such a strong friendship that Mr G went on a hunger strike when they were each taken to new homes. Fortunately someone realised the machinations of Mr G's protest, and drove 14 hours to reunite the pair.

A goat called Mr G and a donkey called Jellybean might seem like unlikely friends but when the two endured a stint at an abusive home together, strong bonds were made. So when the pair were separated and taken to different animal sanctuaries, they missed each other greatly.

The staff were worried for the first six days of Mr G's stay as the little goat stayed in the corner of his stall and refused to eat, despite being completely healthy. The shrewd staff worked out that the goat could be missing his friend, and so one worker embarked on a 14-hour round-trip to bring Jellybean to Mr G to see if it made a difference.

Mr G immediately recognised the smell of his pal, and came running out of his stall for the first time in a week to greet him. Twenty minutes later and the pair were sharing dinner. Animal Place said: "Never doubt the depth of emotions other animals possess. Mr. G’s grief was as deep and mysterious as a human’s. His joy at reuniting with Jellybean was as beautiful and inspiring."

Sniff. Animals are the cutest aren't they? Tweet us @sofeminineUK

How A Dog Left For Dead Was Loved Back To Life

The Most Epic Viral Dog Videos Of ALL Time