The Golden Globes took place last night and was an evening full of surprise wins, banter between Tina Fey and Amy Poehler and, of course, Eddie Redmayne showing us what true happiness looks like as he won Best Actor. Besides the big win for the Brit, the incredible 12-years-in-the-making film Boyhood swept up, walking away with the Best Film, Best Director and Best Supporting Actress awards. But who else won big over the evening and who was left drinking away their woes? Check it out!

Let's face it: you spend 12 years making a coming-of-age tale about a young boy and you're going to sweep up the awards! However, Boyhood was not the only movie to do incredibly well, with Birdman receiving two awards and The Grand Budapest Hotel taking home Best Musical or Comedy Film. We couldn't be happier for the big winners of the evening, even if our hearts are breaking a little bit for our dear sweet snubbed Benedict Cumberbatch! 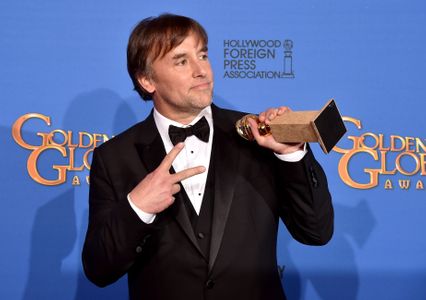 Although Boyhood was definitely the golden child of the evening, the acting awards could not have been more diverse, as not a single set of co-stars both took home awards. Instead, the amazing range of talent won across the board, with Eddie Redmayne winning for his role as Stephen Hawking in The Theory of Everything, Michael Keaton for Birdman, Julianne Moore for Still Alice and Amy Adams for Big Eyes, and that's not even getting started in the Best Supporting Actor categories!

Sadly though, with every winner there comes at least four losers looking suitably disappointed as the cameras try to catch out their misery, and although the best won, this year other nominees including Jennifer Aniston, Benedict Cumberbatch, Reese Witherspoon, Emily Blunt and Bill Murray were left snubbed for their amazing roles. Next year guys. Next year.

So who won and who lost what? We have all the info you need below...

Nominees and winners of the Golden Globes 2015 in the category of film:

Naturally without Breaking Bad dominating the scene, this year it really was anyone's game to take home those coveted Golden Globes. Since people are crazy and still think Downton Abbey is award-worthy (sorry not sorry) the period drama won two Golden Globes along with The Affair and Fargo. See the list below for the big wins! 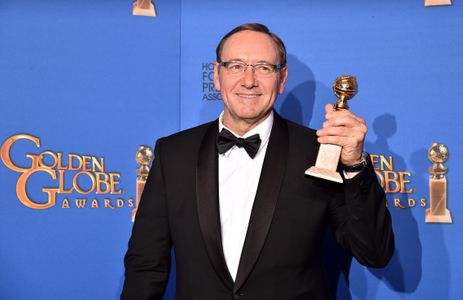 Although Game of Thrones once again lost out on Best Drama (how? HOW?), we can't complain too much about the other categories (oh, besides the Orange is the New Black loss. How could Crazy Eyes lose out on the award she so rightly deserves? And True Detective losing out. And Downton Abbey winning TWO awards). On the other hand, at least Matt Bomer won Best Supporting Actor for The Normal Heart. So who else won big?

BEST ACTOR IN A MINISERIES OR TELEVISION FILM

BEST ACTRESS IN A MINISERIES OR TELEVISION FILM

BEST SUPPORTING ACTOR IN A MINISERIES OR TELEVISION FILM

BEST SUPPORTING ACTRESS IN A MINISERIES OR TELEVISION FILM

Have you seen all of these shows? Which do you think should have won? Tweet us @sofeminineUK!