Let this be a lesson to everyone who complains about Gwyneth Paltrow – you will have her mother to deal with. Force to be reckoned with actress Blythe Danner totally has her daughter’s back when it comes to Gwyneth’s critics and has recently been very vocal telling the world exactly what she thinks about those who diss her daughter.

The Paul actress was talking to the US gossip columnist Naughty but Nice Rob when the subject of her A-list daughter came up, she blamed the ruthless celebrity culture of modern times for the verbal-bashing that Gwyneth often has to deal with.​

She said: “I admire her so much. It [the criticism] doesn’t faze her. I think it probably did initially. She said ‘Mom, I’m going to get this all my life. This is how they see me.’

“I feel she’s just extraordinarily accomplished in every area. Some people don’t like that, people who are bored and sit on their asses all day and just tap away.

“I mean I don’t read any of it, I just find it so disgusting. There is a coarsening of our culture today that is just so tragic.”

Speaking of her critics, her mother described them as: “People who are bored and sit on their a**es all day.”

The Oscar-winning actress does admittedly get a fair share of stick, so perhaps it's good she’s allowed criticism to bounce off her.

Although it sounds like she's recently been particularly concerned about a feature on herself that is due to be released in the December edition of Vanity Fair.

Speaking of her critics, the Shakespeare in Love actress said: “This is the thing, it’s like the older I get, I realise it doesn’t matter what people who don’t know you think. It doesn’t matter. You’re wasting your energy.

“It’s like, if your partner comes to you – or your best friend – and says, ‘Listen, I want to talk about something you did that hurt me, or I think you could improve, sit down and listen to what they have to say.

Are you a fan of Gwyneth? Tweet us @Sofeminineuk 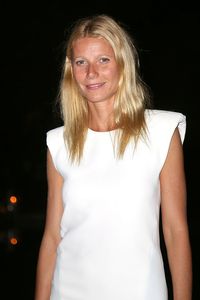