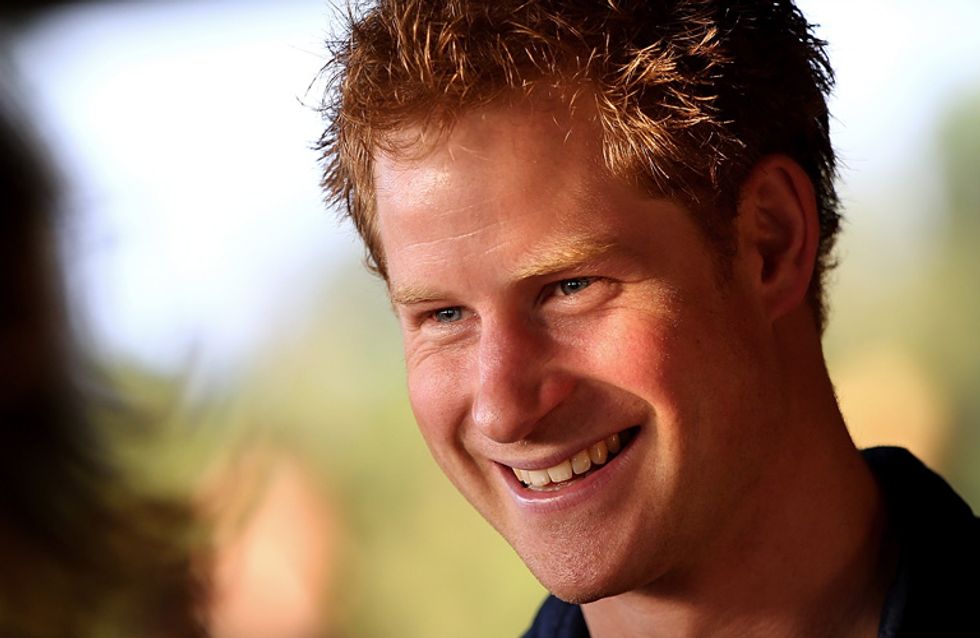 Prince Harry is turning 31 today and he's still super single and we still have a chance! The once Wild Child of the Monarchy seems to have calmed down nowadays, but we can safely say that throughout his good boy and bad boys years we have ALWAYS been a little bit in love with him. To celebrate the thirty one years in the life of everyone’s favourite ginger, here are Prince Harry’s finest moments…

1. When he couldn’t help but giggle at his Grandma

Can you imagine having the Queen as your Grandmother? We'd be giggling too.

2. When his Grandad definitely let it rip on the balcony

And poor Harry was standing right behind him...

3. When he knew he was better than William and it was perfect

The video title says it all...

When William sent Harry a voicemail pretending to be his ex-girlfriend Chelsy Davies and we realised how close the two bros were.

The voicemail said: “Hi, it’s Chelsy here. I just want to say I miss you so much and I think you are the best-looking ginger I have ever seen, although you really are quite ugly for a ginger. But hope you are having a lovely time. I really miss you. It is lovely out here in Africa and hopefully I will see you very soon, you big hairy fat ginger. Anyway, speak to you later.”

5. When he was caught out playing strip Billiards in Las Vegas

The most blurry yet controversial snap EVER.

6. When he went through his wild child stage

Chopping his beautiful ginger locks and going after the paparazzi, this phase of Harry's life was what earned him the Royal title of 'Wild Child'.

7. When he wore his army uniform

Seriously, he looks like he could be a movie star.

8. When he cuddled Prince George at his Christening and it was too cute

We think George has got his favourite uncle sorted already...

9. When he had banter with Usain Bolt

He seemed so happy and starstruck!

10. When he cuddled this puppy and it was just perfect

Hot guys with puppies always do well. But Harry is a PRINCE. So many bonus points.

11. When he was William’s best man and whispered to him that Kate looked beautiful as she walked down the aisle

At 5:10, when he looks around to smile at Kate, isn't that how you'd want him to look at you every second of every day?*

*We may have watched this video one too many times.

12. When he became the first Royal to make it to the South Pole

We were all so proud. We also really liked his beanie.

13. When he was all too excited by the Olympics

At the 2012 London Olympics it's fair to say that Harry represented all of us. We were Harry and Harry was us.

14. When he called William bald and it went down a storm

Prince or comedian? Or both...

15. When he sported a beard and it was INCREDIBLE.

Prince Harry without a beard is good. With a beard he's TOO MUCH.

Basically, just everything he does is fine with us. Happy 31st Birthday Harry, we love you!

Want to wish Harry a Happy Birthday? Tweet us @sofeminineUK!