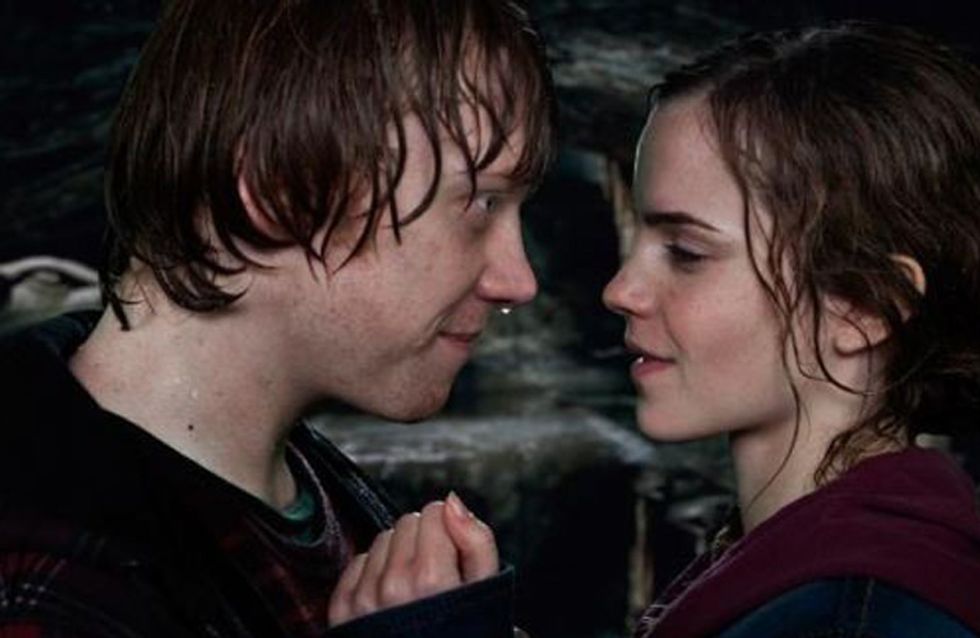 Rupert Grint won our hearts by playing our dear sweet Ron Weasley in the Harry Potter series, but he has recently said some very hurtful things about the future of our favourite fictional couple, Ron and Hermione, and we're not best pleased. At least we can all be safe in the knowledge that his opinion is NOT canon. You'll never part them Rupert! Never!

Breaking hearts of HP fans everywhere, Rupert was pretty vocal when it came to Hermione and Ron's future. He said: "I would expect Ron has probably divorced Hermione already. I don't think that relationship would have done very well...He's living on his own, in a little one-bedroom apartment. He hasn't got a job."

It's a good thing that Evanna was there as a die hard Harry Potter fan herself, as she became pretty much ALL of us in her defence of their relationship, saying: "What?! Don't say divorced. Say they've split up. They can reconcile."

Matthew made things ever more tragic by embellishing the sad story, saying: "Living in a one-bedroom studio apartment all alone, doing nothing. He lives in Kings Cross, right in that area."

Jeez guys. Of course this just adds to JK Rowling's recent admission when she claimed she made a mistake putting Ron and Hermione together. She wrote: "the Hermione-Ron relationship as a form of wish fulfilment. That's how it was conceived, really. For reasons that have very little to do with literature and far more to do with me clinging to the plot as I first imagined it, Hermione ended up with Ron."

We're just going to put our hands over our ears and ignore them all. Ron&Hermione4Lyf. What do you think? Tweet us @sofeminineUK!