Stop Everything! Harry Styles Has Cut Off His Glorious Long Hair... 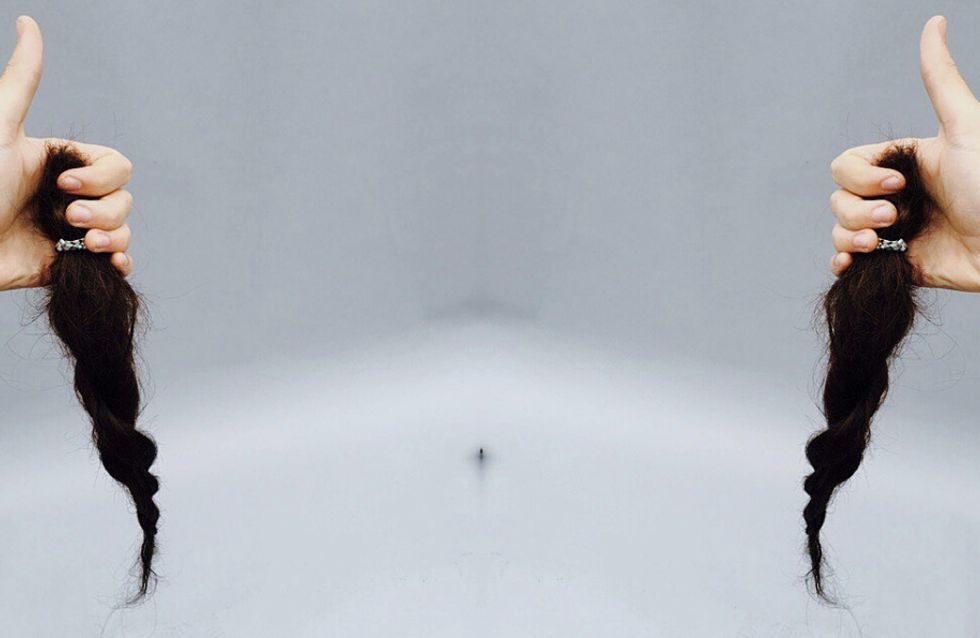 The rumours are true: Harry Styles has officially cut his hair. In a scenario that epitomises every mother's dream, it appears that Hazza has given his mane the chop, and all in the name of charitable giving: that's right, Harry's hair will be going towards charity Little Princess Trust, becoming a wig for a child who has suffered from cancer.

Let's be honest, it was about time Harry Styles got a decent hair cut. He no longer looks like the beast from Beauty and the Beast after he turns into a human. For fans of the swish style that Hazza sported way back when, his latest Instagram post will be something of a relief. But for those who loved the long-haired lothario look, devastation lies ahead...

Harry uploaded a picture to his Insta showing his ratty old ponytail in his hand, severed above the hairband, meaning a new, drastic look is on its way. The hair was donated to The Little Princess Trust, a charity set up to make wigs for children who have lost their own hair during treatment for cancer.

But what kind of style will Styles go for this time? Are we seeing a return of the swish? A nice lob for the summer? Or perhaps he'll be following in the footsteps of fellow pop stud Justin Bieber and just shave the whole lot off? Who knows.

​Harry is due to make his acting debut in World War II drama Dunkirk, due out in 2017 and directed by Christopher Nolan, which will also star Tom Hardy and Cillian Murphy, so it's likely the chop came to accommodate his yet unknown role.

The world was, however, duped into thinking they'd already seen the first pic of Harry with short hair after a guy called Ellis Lacey managed to use a very convincing Snapchat faceswap and posted it to Twitter:

People were very excited/confused by this new image, until Lacey then posted a video to his Facebook page using the same faceswap, purporting to be Harry thanking him for getting his new haircut out there. Then it became obvious that maybe it wasn't Hazza's new hair after all....

But that didn't stop One Direction fans going into meltdown over the image:

But alas it was Ellis Lacey. Lacey once auditioned for X Factor in 2015, but has reached notoriety for his Facebook videos, such as the one showing people the proper way to use a penis pump (NSFW, btw). And so alas we must continue to wait to see Harry's new hairstyle, but we're hoping he's not going to make us wait for much longer - our hearts can't take it! Reveal yourself, Harry!

What hairstyle do you think Harry's gone for? Let us know! @sofeminineUK

​​​​​"Everything Is About To Be Terrible." NSync's Joey Fatone Tells One Direction Their Future​