Home / Entertainment / News celebrities / How Many School Disco Dance Routines Can You Remember?

How Many School Disco Dance Routines Can You Remember? 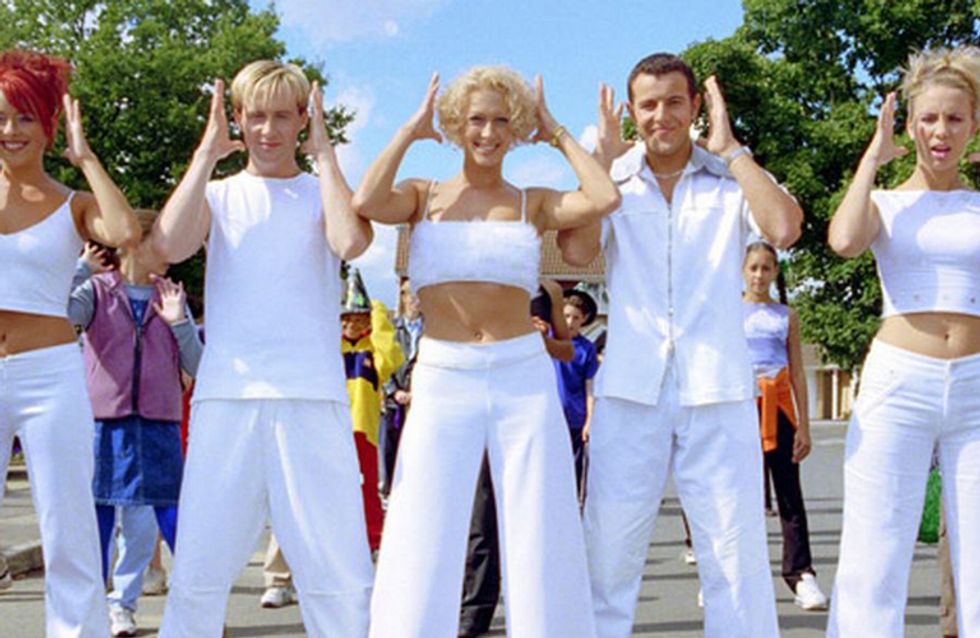 School discos were just so special. Set in your school's assembly hall - a boring, mostly brown room transformed into an Space Raiders-dusted paradise for one night only where boys could slide across the floor on their knees and girls could admire each other's Claire's Accessories jewellery with reckless abandon. Then there was the awesome, choreographed dancing, to which we all knew every move. But how well do you actually remember them?

Let's begin with this absolute classic. I don't know about you, but I vividly remember an entire assembly about why this song was so important (one kid kept putting his hand up to say it was important because it was in the Top 40. Oh, how we laughed.) Reach didn't only teach us to follow our dreams (of being in a frothy pop band that do dance routines), they also taught us that anyone can learn a dance routine so lame that not even baggy cargo trousers can save it. I kid of course. This dance is a part of me now...

That hip wiggle. Those elbow jives. That jumping around and clapping... it was simply preparing us for when we eventually moved on to bigger things, like the Macarena.

The Macerena was so cheeky, and back in our disco days this was the one where we'd all scream and abandon our panda pops to hit the dance floor and not miss a single moment. It was complicated stuff, and you did not want to jump the wrong way during the HEY YA, otherwise you were forever remembered as that guy who couldn't do the Macarena, and ohhh you did NOT want that title on the playground.

This was the easiest dance of 90s. Don't argue. Mr C (the C I can only assume stands for Cha-Cha) literally tells you the dance moves IN THE SONG. If you couldn't do the Cha-Cha Slide, this meant you were weak and you would not survive the winter. Although I will admit that everyone just sort of shrugged when he told you to 'Charlie Brown!' What even is that move?

NOW we're getting somewhere. The hands held up by your face should have been named as the most iconic image of the 90s, in my humble opinion. But there are SO many subtle nuances to this dance. The way you had to dip during the bridge. The shoulder shrug. The air guitar solos. Not only was this a hell of a tune to dance to, the music video is also dramatic AF.

This was the one that made you look cool. If you knew the moves to this, you knew everyone had their eyes on you as you pointed your guns and swung your imaginary lasso in the air. You were as briefly in the spotlight as Steps were at the peak of their career.

Do The Conga - Black Lace

Doing the conga seemed a lot like joining a side in a Cold War that would span all of 3 minutes. As you grabbed each other's waists and snaked across the dance floor (occasionally going into the boys toilets HYSTERICALLY), there was always a second line that another natural born 10-year-old leader starts up, and just like that it was ON. Were you in the funnest line? Had you made the right choice? Should you jump ship and betray your line? I don't want to be dramatic, but I think the Conga taught me more about the psychology of war than any history lesson ever did.

This was THE coolest song that any girl in their first pair of block velveteen heels, faux leather trousers and diamante encrusted t-shirt could ask to groove to. Let's face it: we learned both girl power AND kick ass dance moves from these ladies.

Cotton-Eye Joe is like that one friend who shows up uninvited and ends up becoming the life and soul of the party. In a decade of feeding pop and electronica to the children of Britain, Cotton-Eye Joe showed up and changed the whole freaking game. Seriously, where did you come from? Where did you go? Where did you come from Cotton-Eye Joe? It obviously also meant you could grab randoms and throw them as violently as you could across the dance floor without your teachers being able to tell you off. We have so much to thank Rednex for.

Also, what does it mean to be cotton-eyed? Anyone?

Did anyone actually enjoy this one? Just think about it. You had to sit alone with someone sat in front and behind you (talking to the back of someone's head isn't fun, just FYI), while you had to do silly dance moves that honestly seemed to last forever as some guy is yelling at us to sing it "LOUD." What if we didn't want to sing loud, guy?! The song wasn't even that fast. Why was this ever inflicted on us?! Why did adults think we thought this was fun?! Thanks for nothing, Oops Upside Your Head.

Which was your favourite disco tune? Tweet us @sofeminineUK!

10 Cliques That Exist In Every Secondary School