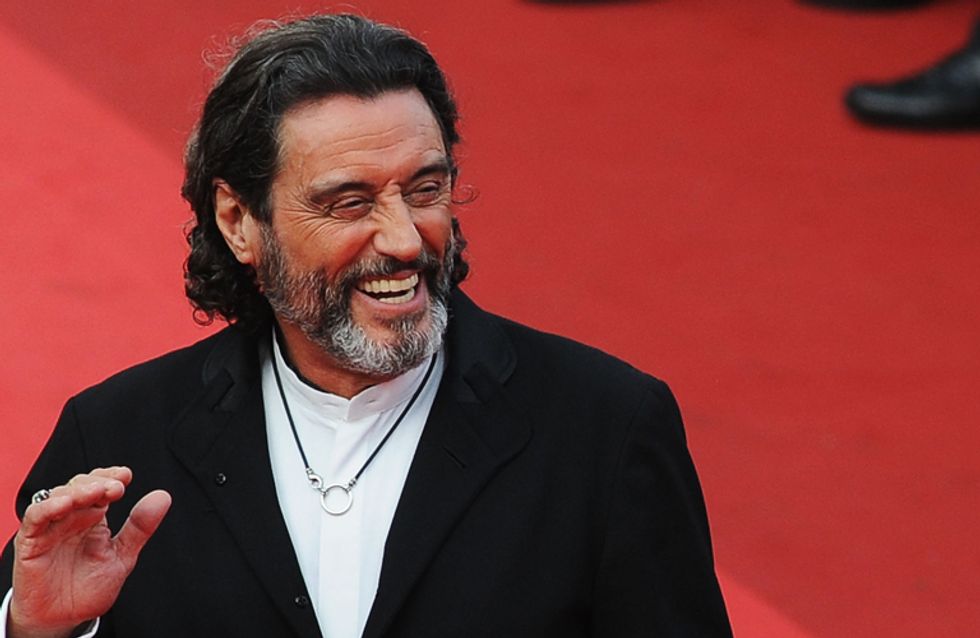 The cast of Game of Thrones have, as we all know, been repeatedly lying to us for the past year. Unless the writers are about to ignore five seasons of foreshadowing and hints, it is clear that Jon, in some capacity, is going to rise again after his multiple stabbings. But while the cast will rather lie their pants off than give away any spoilers, Ian McShane is chatting away about season six while giving absolutely zero sh*ts.

Season six is due to guest star Ian McShane, but before you begin to theorise who he could be, don't worry. He's already sort of told us! Chatting to the media with a season one Ser Jorah level of treachery, Ian spilled the beans on plot points. He explained: "I am responsible for bringing somebody back that you think you're never going to see again. I'll leave it at that."

This began the fandom guessing whether Ian meant Jon Snow, or if there was a different, presumed dead character that could be redeemed like The Hound. Not only did this presumably annoy many people who managed to keep the information to themselves, Ian didn't even stop there! Speaking about the level of secrecy around the project, he also (in a twist of irony), revealed that he would only be in the show for one episode, hinting that he would die at the end of it.

After telling The Telegraph: "I was accused of giving the plot away, but I just think, get a f---ing life. It's only tits and dragons," he continued: "They asked me if I wanted to do Game of Thrones and I said, 'Sure, I'll be able to see my old pals Charlie Dance and Stephen Dillane' and they said, 'No, we've killed them off.'"

"I wasn't sure whether I could commit, but then they said it would only be for one episode, so I said, 'So that means I must die at the end of it. Great, I'm in.'"

So that's confirming Stannis is 100% dead and that he will also die all in one sentence. Oh Ian. Do you think it's funny that he's giving away these spoilers, or disrespectful to the fans? Tweet us @sofeminineUK!