What We Learned From Interviewing The Into The Woods Cast

by Emmy Griffiths Published on 17 December 2014 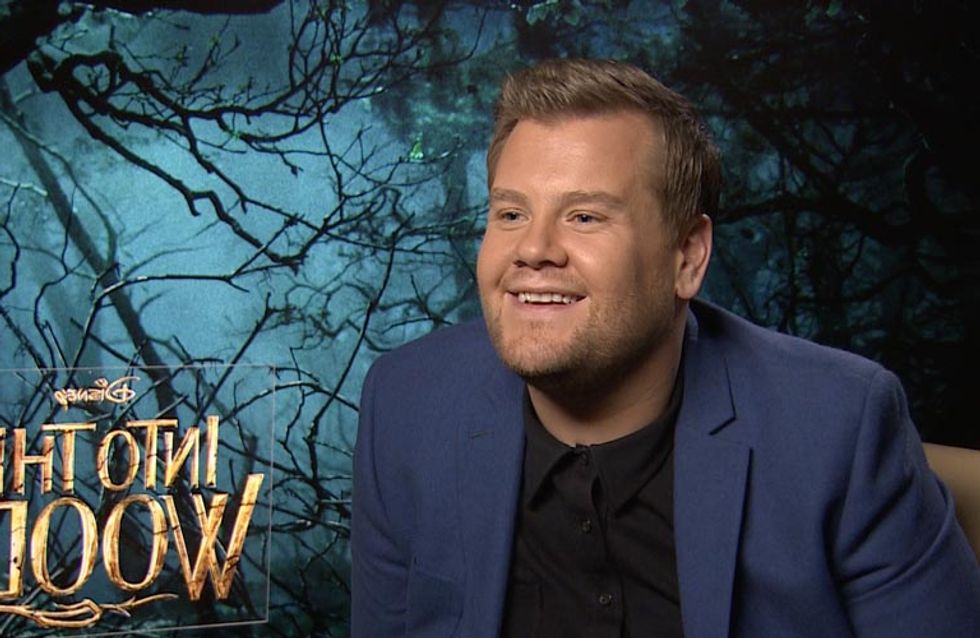 The famous Stephen Sondheim musical Into The Woods is out in cinemas on the 19th January 2015, and we couldn’t be more excited, so much so that we sat down with the stars James Corden and Anna Kendrick to chat about the fairy tale musical movie!

The story features an array of fairy tale characters including Cinderella, Rapunzel, Little Red Riding Hood, a Baker and a wicked witch whose stories all happen at the same time and intertwine together to explore what happens after all of our favourite story book characters achieve their happily ever after? Answer: bad things. Bad things happen.

For James, this movie is a huge step-up from anything he’s ever done. Probably best known for his work in Gavin and Stacey, the Londoner seems to be in the prime of his career, with a huge blockbuster, his critically acclaimed comedy sitcom The Wrong Mans second season premiere, and taking over US talk show The Late Late Show from Craig Ferguson just the highlights of the many projects he has at the moment! We asked him if he felt intimated by the upcoming challenge:

“I’m a little apprehensive, I’m a little bit daunted by it, it’s a bit scary but I hope it’s going to be good! I’m certainly going to try my best…I’ve been asking questions to friends…I haven’t given it a massive amount of thought yet to be honest! …As soon as this is out of the way I’ll really have a chance to spread my wings and really focus on the show.”

Anna Kendrick is just as if not busier than James, but for her it’s all about the musicals! When we asked her if musicals were a favourite films to do (in lieu of her upcoming movie schedule, including Broadway hit The Last Five Years and Pitch Perfect 2).

“It sure looks like it from my recent resume! But I’m so happy movie musicals are having their day in the sun right now but knowing the film industry can be very fickle and these things can just go different directions. I’m just really happy to be a part of it whilst people want to make movie musicals...I kind of want to take advantage of his period we’re in.”

“I feel really greedy! I’m so happy to have been in the Last Five Years and Into the Woods which are two in many ways the opposite…I feel like I’m pushing my luck to ask for anything more!”

James, on the other hand, definitely knew what he wanted to do next.

“The Producers I think! Max Bialystock is one of the best roles ever and I’d give anything to have a go at that!”

Speaking of surprising cast members, James and Anna BOTH jumped to sing Chris Pine’s praises. That’s right ladies and gents, the man is unbelievably gorgeous, an amazing actor, and is FUNNY. Chris Pine is better than all of us.

Anna said: “Chris Pine is usually quite charming and he has a certain wit in films but I think this is the funniest performance of his. It’s brutally funny, he’s so good.”

James agreed, saying: “I didn’t know Chris Pine was that funny and thought he was so funny.”

Check out the trailer here...

Into The Woods will be available on Blu Ray and DVD on 18th May 2015! Tweet us @sofeminineUK!