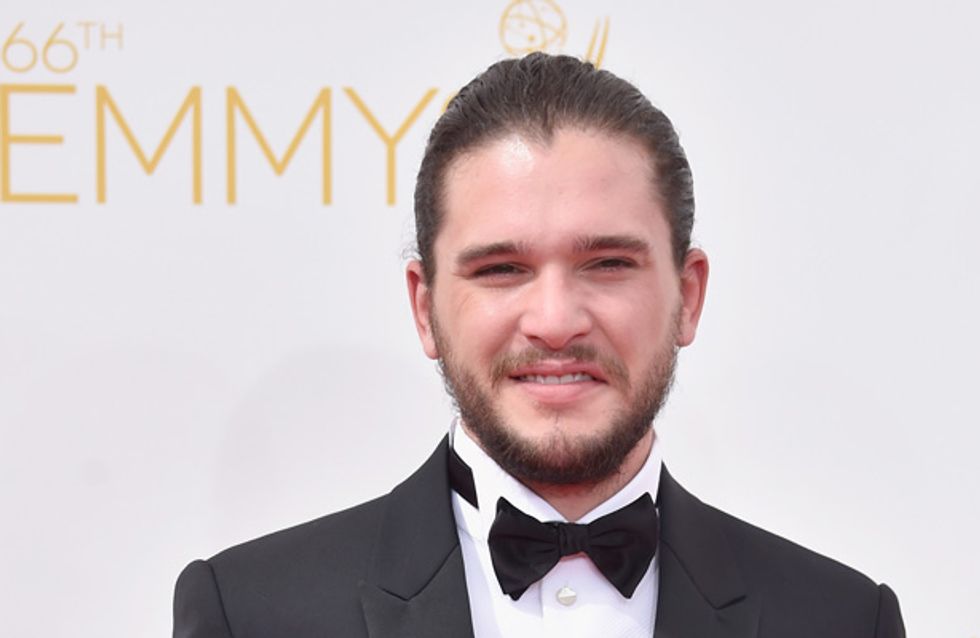 The cream of the television acting crop were out in force last night to receive recognition for being some of the hottest and most talented people in the world. Then we saw Kit Harington’s tiny man bun and everything changed. Honestly, that’s all we’ve been able to think about since.

If you don’t know who Kit Harington is, he plays the role of the miserable yet beautiful Jon Snow in Game of Thrones, and his hair usually looks like it's been styled to perfection by trained unicorns of magic. Behold.

Then we thought it was utterly hilarious because who can really rock a tiny man bun? Even David Beckham struggled back in the day.

But then something changed inside of us and we began to think it was actually kind of nice...

Because tiny buns might be stupid, but dammit Kit makes them look GOOD.

Even Margaery Tyrell can't resist rubbing up against it.

The Game of Thrones cast may not have taken home any awards, but we all know that Kit Harington was the real winner here.

Do you think Kit’s tiny bun is the besteros in Westeros? Tweet us @sofeminineUK

Advice The Game Of Thrones Cast Would Give To Their Characters