by Cliche Wynter Published on 3 April 2014 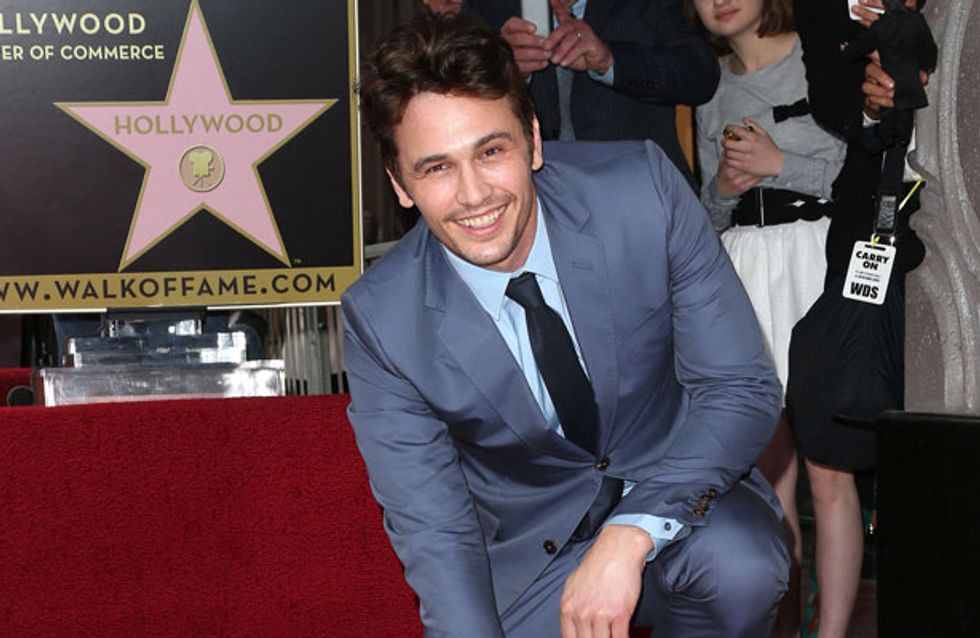 James Franco, actor and artist, has found himself in a very sticky situation. Following a performance on Broadway, he was approached by a 17-year-old girl who, like any fan, wanted a video with the star. She may have gotten a little more than she bargained for when he not only asked her to tag him in the video on Instagram, but also invited her to a hotel. Um, social media gone wrong, anyone?

In today's edition of WTF news, James Franco is a certified creep (shocker!). While we're guilty of entertaining his quirky antics in the past, Franco went overboard when he tried to pick up a 17-year-old Scottish teenager who was vacationing in New York.

It all began when the girl approached him following his Broadway performance "Of Mice and Men", and took a video of the star. He allegedly asked her to tag him in said clip on Instagram, and things escalated from there.

After locating the teen's page on the social networking site, Franco proceeded to send her a selfie via Instagram Direct, because of course. Then things got extremely weird:

The very inquisitive star seemed desperate to get the young lady into bed, making sure to ask her age and relationship status. The girl was clearly dazzled by Franco, as her emoji's expressed.

To be honest, the whole thing is gross and unsettling. What makes this whole situation a bit ironic is the fact April is Sexual Assault Awareness Month. Ugh! Great timing, James!

We think he, along with these celebs should quit social media ASAP!

After this scandal, all we've got to say is, BON VOYAGE!

Rob Kardashian has always been a little eccentric on social media. Despite his millions of followers, the reality star often deletes his entire feed, leaving his pages scant. Following his breakup with Rita Ora, he took to Twitter to blast the singer of cheating on him with 20 men. Shameful!

Most recently, and perhaps not by coincidence, Rob tweeted, "No one will ever understand how much it hurts," a few hours after Rita made headlines for discussing being in love for the first time with Calvin Harris.

My housekeeper just walked in on me while I was taking a shit in the nude. Yes, you heard that right- I HAVE A HOUSEKEEPER. #baller #pimp

Who would have thought the innocent and loveable dude from American Pie is actually so vulgar in real life? Talk about a buzz kill.

Chris Brown is always getting into drama on Twitter! Whether it's sending out subliminal tweets about ex Rihanna, or bashing members of the media, he can't seem to stay out of trouble. He needs to stay away from the internet until he has his temper fully under control. You can do it Chris!

Welcome to Twitter @MadonnaMDNAday - you're still banned from my show. Love Piers x

ps I think @Rihanna needs to grow her hair back. Fast.

You'd think maintaining a certain level of dignity on social media would be top priority for journalist Piers Morgan. If the above tweets are any indicator, he clearly doesn't care who he offends. Twitter would be just fine without him.

I'm done doing interviews for magazines. I just want to give my music to the people. That's the only way my message gets across accurately.

After the unfortunate passing of famed actor Philip Seymour Hoffman, Rolling Stone decided to honor him with the cover of their magazine. The coveted spot was previously promised to Drake, who felt the glossy roped him into an interview under false pretenses. Not only did he not get the cover, but statements he thought were off the record were later published in the piece. He then went on a Twitter rant, declaring he'd no longer be speaking to the media.

Who are some male celebs you think should quit social media? Tweet us @sofeminineUK!