10 Times JK Rowling Was The Best Person On Twitter 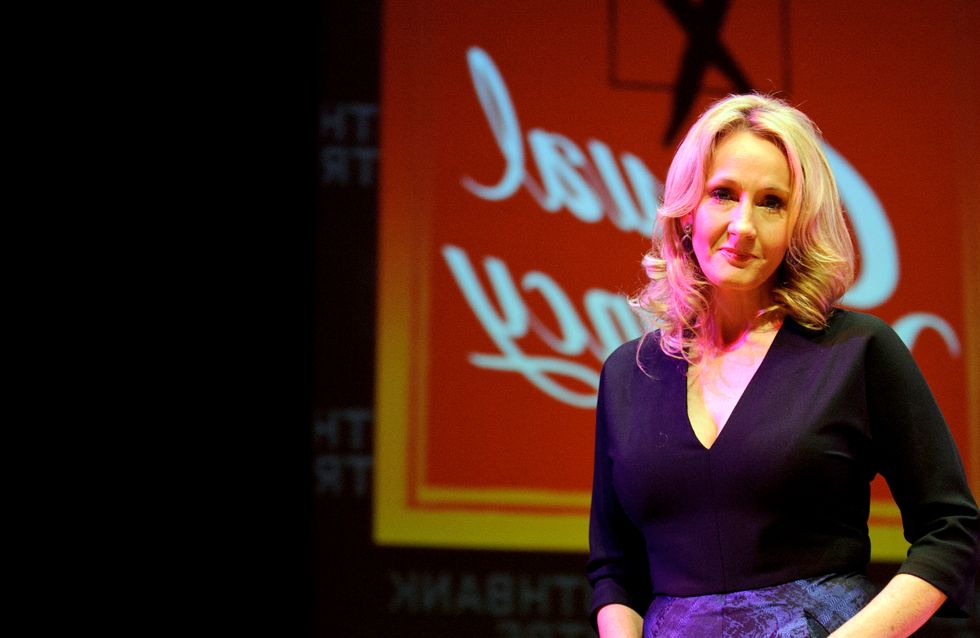 If there's anyone who knows how to shut down a hater, it's JK Rowling. Seriously, if you ever need clap back inspiration, JK's your gal. Not only does she reply to the Harry Potter fans, answering some of their burning questions about Hogwarts and beyond, but she also thinks of some brilliant comebacks to some Twitter users who use their 140 characters for hate, not love. Here's some of our top JK Rowling moments on Twitter.

If you ever thought it was a good idea to challenge JK Rowling, think again. It's a battle you are guaranteed to lose, my friend. Because not only does the author have a wickedly brilliant sense of humour and a solid moral compass, but if you're being out of line, she's not afraid to tell you what she thinks. Yep, when Ms Rowling isn't dishing out pearls of wisdom, she has no qualms in taking down a troll or two. 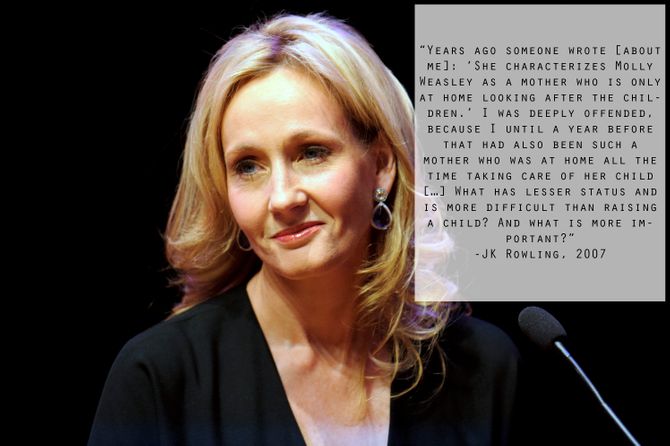 So whether it's an epic burn or a a clever pun, we're celebrating JK at her tip top Twitter best.

1. When she reacted to Neville Longbottom's raunchy photoshoot

.@Mattdavelewis I will always support you whatever you want to do, Matthew. Now go put some clothes on.

2. When she shut down this guy who judged the way she voted in the Scottish referendum

.@aboymadeofsky No, Jonathan, I've never made a single decision in my life on the basis of whether it was cool.

3. The time she stood up for Madonna after she fell from the stage during the Brit awards

Are you the sort of person who gloats when they see a woman fall, or the kind that celebrates a magnificent recovery? #TeamMadonna

4. When she eloquently shut down a hater who bashed Serena Williams

.@diegtristan8 "she is built like a man". Yeah, my husband looks just like this in a dress. You're an idiot. pic.twitter.com/BCvT10MYkI

5. When she turned to rap to win this argument

@NatalieMcGarry why apologise to her. She uses her obscene wealth & lawyer droids to threaten & bully. Tell the radge to bolt.

They see me Rowlin' They hatin' https://t.co/dfiqou7vpD

.@teuchtermac has realised I'm about to break the record for longest period on Twitter without saying 'moron' & clearly wants to scupper me.

7. When she teased Ross Noble about his silly teenager hair

A friend of mine sent me this photo of when I was in slitherin house at Hogwarts pic.twitter.com/dUz43SVO0z

.@realrossnoble Classic case of a Hufflepuff trying to be edgy. Be who you really are, Ross.

8. When we scoffed along with her response to this tweet about Harry's kids' names

@jk_rowling hey. why didn't harry name any of his kids 'elvendork'?

I was saving the name in case I had a fourth child. https://t.co/ToMUOwrYm0

9. When she tweeted this great piece of advice

.@itssaaaav Ideally, something that makes you happy and doesn't involve serial killing. Can't be more specific without further information.

10. When she could not stress enough that The Cursed Child is not a prequel

I can't remember whether I've mentioned this, but Harry Potter & the #CursedChild isn't a prequel.

Not if it isn't a prequel. https://t.co/pb0DMEf4xw

I think @jk_rowling needs to be more clear on whether or not #CursedChild is a prequel.

You're right, I have been guilty of shameful ambiguity in this matter. It isn't a prequel. https://t.co/ep6InUxL20

What's your favourite JK Rowling tweet of all time? Let us know! @sofeminineUK