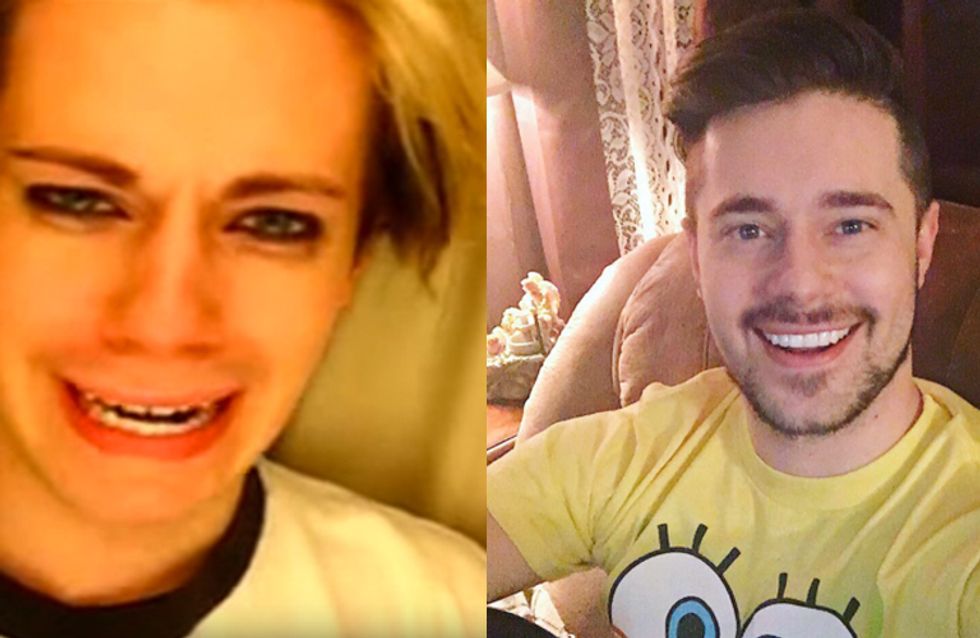 Way back in 2007, when the Internet was but a sweet toddler learning to take it's first steps, one of the first ever YouTube sensations was good old Chris Crocker, the die hard Britney Spears fan who had a full on meltdown at the way the paparazzi and public were treating Brit, and subsequently shot to odd, hysterical stardom. Eight years later, just WAIT till you see him now!

The video that spawned a million spoofs was probably the biggest thing in the Internet way back in 2007, but much like the 'badger badger mushroom' song and Charlie the Unicorn, it has since fallen into the black hole of fleeting fame, with the only videos of the event either being remixes or with Spanish subtitles (behold):

However, while the Internet may be a fickle friend and moves onto the next big thing, so it seems does Chris Crocker. Rather than cling to his platinum blonde, eyeliner phase, the man has utterly transformed and kind of looks AMAZING.

That being said, it seems like Chris still has his bizarre sense of humour, if his Instagram videos are anything to go by!

Always remember this when you feel judged. 💁🏼

Do you remember the original video? Tweet us @sofeminineUK!