by Helen Turnbull Published on 6 May 2016 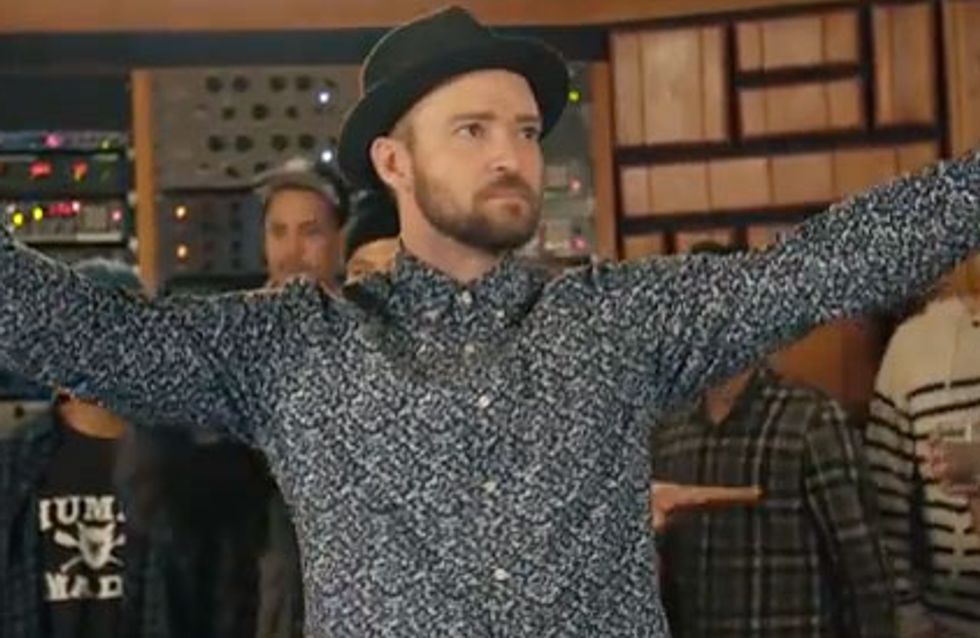 It’s hard to believe it’s been over 24 months since Snake Hips himself blessed us with his sweet, soulful sounds but he’s back with a bang(er). Not only does Justin’s long-overdue offering feature a breezy beat and a catchy chorus but the accompanying video is littered with appearances from some of his famous friends. So without further ado, here it is.

Justin Timberlake is back with a bang(er) after a two-year hiatus (on the big screen) and it’s got summer written all over it. Mr Snake Hips has brought Sexy Back in a big way and graced us with a feel-good single, entitled Can’t Stop The Feeling, which is guaranteed to provide the soundtrack to the upcoming sunny season.

​Justin has proved he’s still as up for a good time as he was in his baby-faced Like I Love You days FOURTEEN years ago as the accompanying video sees him throw a low-key party with Anna Kendrick, James Corden, Gwen Stefani and Icona Pop - who all happen to star alongside JT in upcoming Disney film Trolls - all lucky enough to bag an invite.

We don’t know what ‘the feeling' is but we can’t stop it and playing this. Have a listen and let us know what you think over on Twitter @sofeminineUK!

Apparently, Jay Z Is Writing A Response To Beyonce's Lemonade

21 Stages We All Go Through On A Friday