It's a wonder Kim Kardashian can ever understand what Kanye West is talking about. The hip hop star has given a number of interviews now in which he babbles on about, well, nothing! In his latest chat with Radio 1, Kanye talked about himself a lot. But he also found time for Kim and Jay Z. Find out what he had to say...

Kanye West has given yet another bizarre interview to the media.

The American rapper is famed for his incomprehensible ramblings - and his latest chat with Radio 1's Zane Lowe proved no different.

The interview marked Kanye's second since the release of his new album Yeezus - his only other was with Kim Kardashian's mum Kris Jenner.

In the pre-recorded chat that was aired last night, the 36-year-old proclaimed: "I'm here to crack the pavement and break new ground, sonically."

Aired after the watershed, Kanye quickly started using foul language when discussing the sound he wanted for his new record.

He continued: "For me as Kanye West, I got to f*** s*** up… I'm going to take music and try to make it three-dimensional… I'm not here to make easy listening, easily programmable music." 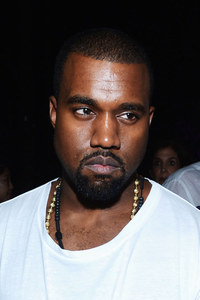 Kanye modestly went on to label himself the "number one rock star on the planet".

He added: "We the real rock stars and I'm the biggest of all of them."

But the rapper thinks he has one man to thank for where he is today - the late Michael Jackson.

Kanye babbled on: "I would not be Kanye West were it not for Michael Jackson - he had to fight to get his video played because he was black.

"For me in my life of creativity its been challenging, but I was able to ascend to massive level and heights… There would be no Kanye West if it wasn't for Michael Jackson."

Nowadays Kanye reckons he is one of a kind.

He boasted: "There's no-one in this space that looks like me, if they are, they're quiet as f***... I bought real rap back, I'm going to do dope things."

Can anyone understand what on earth he's on about? 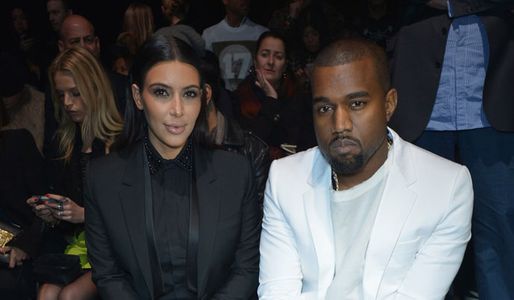 Kanye continued to address himself in third person when talking about his former collaboration on Watch The Throne with Jay Z.

He said: "Me as Kanye West, a young revolutionary coming out of Chicago [I] wouldn't have made it without Jay-Z as my big brother, watching my back."

Kanye also had some positive words to say about Kim, who recently gave birth to their baby daughter, North.

What he seems to love about the reality star is that she has her own wealth - something he doesn't come across often.

He revealed: "She gave me everything. She gave me a support system. She's in a powerful enough situation that she could love me without asking for money, which is hard to find for me."

But Kanye had fewer complimentary words for Lady Gaga, who was recently appointed Creative Director of Polaroid.

He asked: "I like Lady Gaga's songs but what the f*** does she know about cameras?"