The royal couple have been getting to grips with parenthood since Kate Middleton gave birth to baby George just over two weeks ago. And now, with Prince William back at work in Anglesey, the pair have planned their first holiday to Balmoral at the end of the month.

Kate Middleton and Prince William have planned their first holiday as a family with their baby George.

The couple, both 31, will take their newborn to visit the Queen's Scottish estate of Balmoral.

The family are expected to stay with other members of the royal family for up to a week.

This will be the first time the future King George will meet his great-grandfather Prince Philip.

William's younger brother Harry, Princesses Beatrice and Eugenie and of - course - the Queen, are also all due to be staying for the baby's first trip.

Royal correspondent Robert Jobson told Now Magazine: "After being in the spotlight, they'll be looking forward to this period of relaxation.

"Wills will carry little George in a papoose and take him walking through the Highlands.

"The family will go fishing and have barbecues by the river.

"There's also a little hotel off-site with a swimming pool Princess Diana took her boys to, so George may even take his first swim." 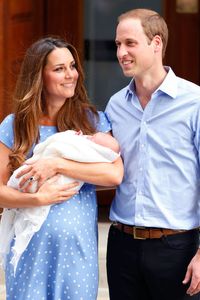 After the couple's previous experience with the French paparazzi, they are eager to be somewhere away from the press.

Robert added: "Last year, they got their fingers burnt when pics were published of Kate sunbathing topless in France.

"They've learnt their lesson and want to chill out away from prying eyes."

Balmoral is a special place for Kate and Wills, with a lot of memories - and they're eager to make some more with George.

Robert explained: "The Queen gifted William and Kate a house nearby while they were romancing at university.

"It has a very special place in their hearts because they'd go there to escape the spotlight."

Sadly, the holiday is likely to be somewhat bittersweet as it's where William first learnt of his mother's death.

William will no doubt be wishing he could have introduced his son to his mother, who he always said he wished could have met Kate. 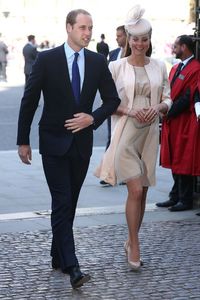 Francesca Menato
…
#Baby
From hair ideas to outifts, look no further for your daily inspiration