by the editorial team Published on 7 March 2014 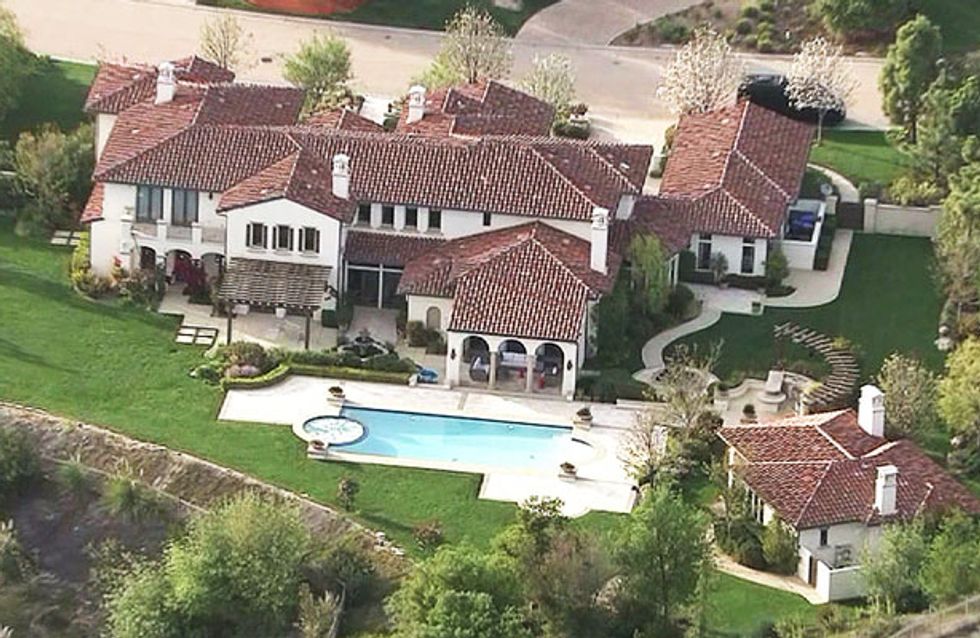 Khloe Kardashian purchased Justin Bieber's Calabasas, California house yesterday for a reported $7.2 million. Khloe, freshly split from husband and NBA Lamar Omar, is clearly ready for a new beginning. We wouldn't have guessed that clean slate would take place in the mansion that the Canadian crooner once called home, but to each their own!

Khloe Kardashian surprised her fans by buying The Beeb's Calabasas, California home yesterday for the hefty sum for $7.2 million. Turns out she wants to settle down in the luxurious pad - but her desire has absolutely nothing to do with Justin.

“She saw that house as a place she’d like to live for a very long time and she’s smart because she knows that whenever she wants to sell, she’ll make a profit on it,” a source told HollywoodLife.com. And after the egg-throwing incident earlier this year, we imagine Justin's neighbours are happy to bid him adieu. A few other things we imagine they might be thinking...

Their relief seems like it's worth another mention. Seems like he has a bad rap around the 'hood, so we imagine the Calabasas-dwellers near his home are feeling somewhat grateful for his departure.

"Finally, I can get some sleep."

Word on the street (the street in his now-ex neighborhood) is that JB has some noisy house guests. We imagine Khloe's gatherings won't be quite as rambunctious.

Everyone loves Selena Gomez. Selena and Justin haven't truly been together in quite some time, but now that he's gone for good, his neighbors can kiss their Sel sightings goodbye.

"Does she need any help with decorating?"

We imagine it'd be a scream to go interior decor shopping with this over-the-top Kardashian.

"I hope I get to meet North West."

Because we know if we lived nearby, we'd be hoping to make the acquiantance of Kim and Kayne's offspring, too.

"Is she looking to meet anyone?"

A fair inquiry for her male neighbors, or even female neighbors who are looking to make a new pal. She is very single, ready for newness, and quite the catch!

"Will we get to see Kim in a bikini?"

Khloe's new digs include a fabulous pool, and no one would shy away from seeing her sister, famous for her figure, sitting poolside.

"Does Keeping Up With The Kardashians need any extras?"

Because, hey. Why not?

What do you think about the latest transaction in Hollywood real estate? Tweet us @sofeminineUK!