They say that imitation is the sincerest form of flattery, so Victoria Beckham should be feeling pretty smug right about now. According to reports Kim Kardashian is on a one-woman mission to become a fashion darling just like former Spice Girl VB. Allegedly she’s also keen for her and Kanye to emulate the success of the Beckham brand – watch out David and Victoria!

Kim Kardashian is reportedly looking to leave her reality show roots behind and follow Victoria Beckham’s footsteps into the world of fashion.

The new mum – who gave birth to baby Nori just three months ago – is apparently planning to infiltrate the inner circle of fashion just like singer-turned-fashion-designer VB.

Since she began dating rapper Kanye West in April of last year, Kim has been dressing in top-to-toe couture designer clothes, setting up lunches with the fashion elite and attempting to hone an incredible post-baby body.

The 32-year-old allegedly is looking to set up her own high fashion label in the hope that it will elevate her to the status of a global style icon, just like Victoria.

But while Kim is mimicking Victoria’s transformation into a fashion-force to be reckoned with, she’s also said to be looking to rival the 39-year-old mother-of-four.

An insider told Heat: “Kim has a ruthless ambition, she’s renowned for it, and she wants her and Kanye to become a global super-brand like the Beckhams. She wants the top spot.”

Kanye is said to be more than encouraging of his girlfriend’s masterplan, attempting to distance Kim from her sex tape stigma and reality TV past by reportedly sacking her longterm PR Jill Fritzo and bringing her to Paris.

“Kanye spends half of his time in Europe – Paris, in particular – working on his fashion designs,” the source continues.

“Now he’s introducing Kim to all the people who really matter in that world in a bid to rebrand her as a high-end fashionista.”

“Posh would have killed to be on the cover of Carine’s new magazine, CR Fashion Book, but Kim landed the shoot.”

But while Victoria slogged her guts out to transform into the fashionista she is today and be accepted by the fashion ‘in crowd’, Kim has had a much quicker – and easier – time.

At Paris Fashion Week last month, designers were falling all over themselves to dress Kim and she was given tailor-made and straight from the runway outfits to wear.

The insider added: “Victoria will be a bit annoyed about Kim muscling in on her world, but she’s not worried about her yet.”

“She has proven her talent over the years and isn’t concerned about Kim toppling that just yet.”

Do you think Kim will become the new Posh? Tweet us @SofeminineUK! 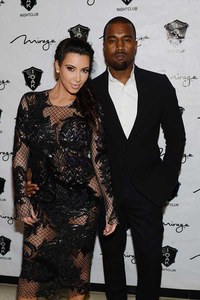 Alison Potter
…
Feud
For all the best videos, memes and shareable news!